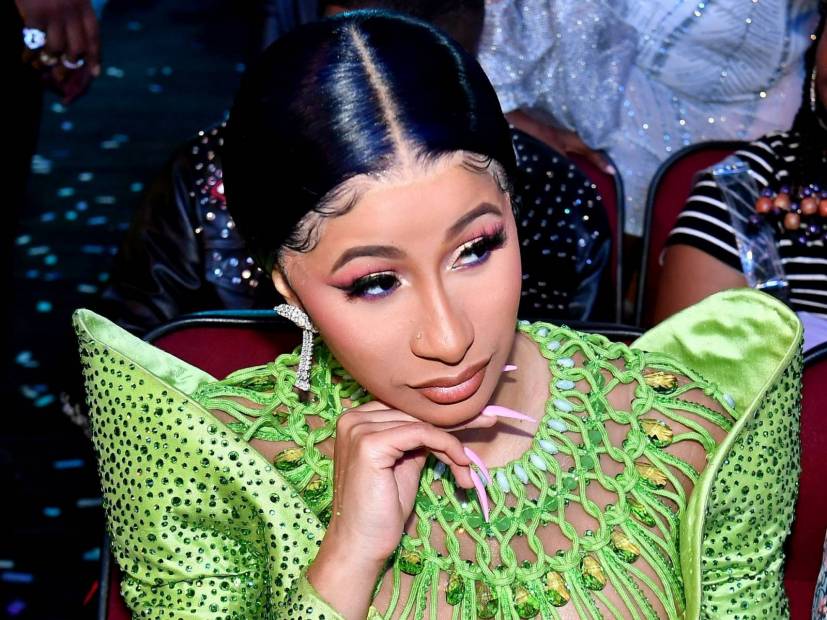 Jermaine Dupri is in hot water with Cardi B after he made a comment equating current female rappers with strippers. Dupri sat down with People Magazine on Thursday (July 11) and discussed what he sees as a homogenous landscape of female rappers.

As soon as Cardi caught wind of Dupri’s comments, she unleashed her rage on Instagram and specifically referenced her song “Be Careful” from 2018’s Grammy Award-winning album, Invasion Of Privacy.

She also pointed out she tried to write about other topics, but people didn’t seem to want to hear it.

“First of all, I rap about my pussy because she’s my best friend,” she said. “And second of all, it seems like that’s what people wanna hear.

“When I did ‘Be Careful,’ people was talking mad shit in the beginning, like, ‘What the fuck is this? This is not what I expected. I expected this, I expected that.’ So it’s like, if that’s what people ain’t tryna hear, then I’ma start rapping about my pussy again.”

Cardi also applauded other female rappers “who be rapping their asses off” but appear to lack support from radio and blogs. She deemed Rapsody, Tierra Whack, Kamaiyah and Chika “dope ass rappers” and encouraged her fans to support them.

“That’s it,” she said in the caption. “@rapsody @tierrawhack @oranicuhh @kamaiyah.”