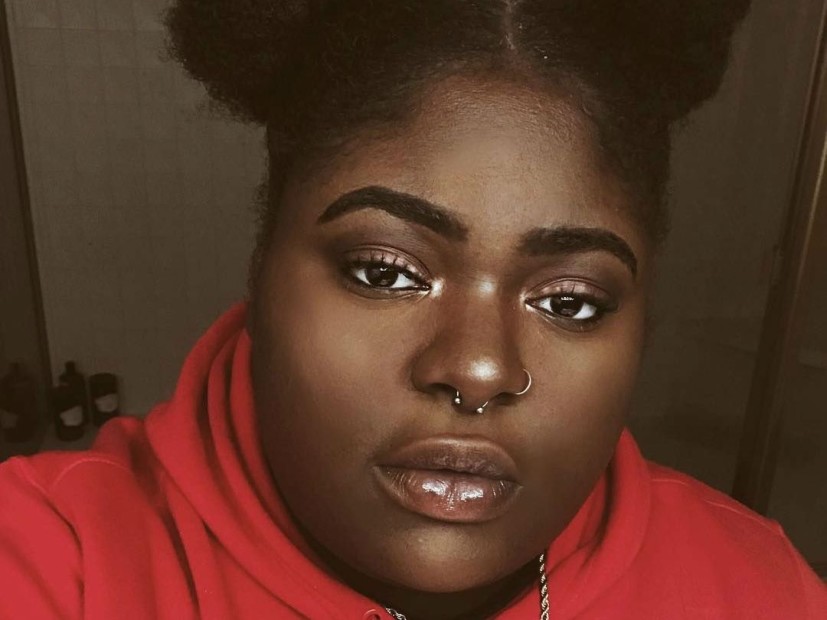 Is Chika The God Female MC We've Been Searching For?

Eighteen-year-old Nia Wilson was fatally stabbed in Oakland last week by a transient likely because of her skin color. In the wake of her death, burgeoning MC Chika spit some bars lamenting the seemingly endless cycle of racially-charged murders.

Her sharp tongue caught the attention of Erykah Badu and Jada Pinkett-Smith, who both shared Chika’s Instagram video to their own accounts earlier this week, begging the question: Is Chika the god female MC we’ve been searching for?

As ardent Hip Hop fans drown in the sea of vacuous lyrics and plastic personas, Chika is like the yellow life raft offering salvation. Eloquent and bursting with substance, the Alabama-born rapper turns her focus to topics tackling the political and civil unrest polluting our country.

Badu and Pinkett-Smith are just two of the notable stars co-signing Chika’s rise to notoriety. Ice-T and Funkmaster Flex also raved about her on Twitter. In May, Flex invited her on his Hot 97 show, where she proceeded to obliterate Donald Trump and touch on her modest upbringing.

At just 21 years old, Chika — born Jane Oranika — writes from the perspective of an old soul. When her response to J. Cole’s “1985” went viral in April, it was like a breath of fresh air. Finally, we have a woman who’s not only lyrically gifted but also willing to say what many of us have been thinking.

“Your song was something I needed to hear,” she spits. “But before we move along I wanna make some things clear/Priorities don’t correlate to age/Nigga’s 33, I’m 21 and on the same page/I’ve been thinking about my impact, not riding no waves. Worked so hard for what I want, never had a hoe phase/We give these niggas breaks just to figure shit out/I grew up on if you can’t take the heat then get out.”

my response to @JColeNC’s “1985” ? just a couple thoughts. ? enjoy! pic.twitter.com/ox2vnwkhzn

Chika doesn’t conform to any stereotypes either. She’s not Nicki Minaj, sealed up in a pretty package like some Mattel toy. She’s not Lil Kim, rapping about her seemingly endless sexual escapades. And she’s not Iggy Azalea, capitalizing off her, um, assets. The best part? She wouldn’t want to be. She’s the real deal — raw, uncensored and unfiltered. What you see is what you get.

In an interview with Vice, Chika explained her relationship with rap and what she plans to do with it.

“I know what I want out of rap,” she said. “It’s something that I’m truly passionate about. I want to change how people think and truly change the world — and if not the entire world, at least my world. I feel like music is one of the best ways to get universal messages across and create a floor for conversation. Hip hop hasn’t had that in so long.

“There are the big names who do it, like Cole and Kendrick [Lamar] and Wale, but the face of Hip Hop right now is just turn up music. That’s not how I grew up. I was listening to songs and being in my feelings for days [laughs]. Trying to figure out how I could change the world based off one Wale song. That feeling evoked from the music is something I want to bring back.”

So, to all those complaining that dope female MCs don’t exist anymore — think again. Chika is a prime example of the talent floating around out there and it’s only a matter of time before she’s thrust into the conversation more frequently — and rightfully so.