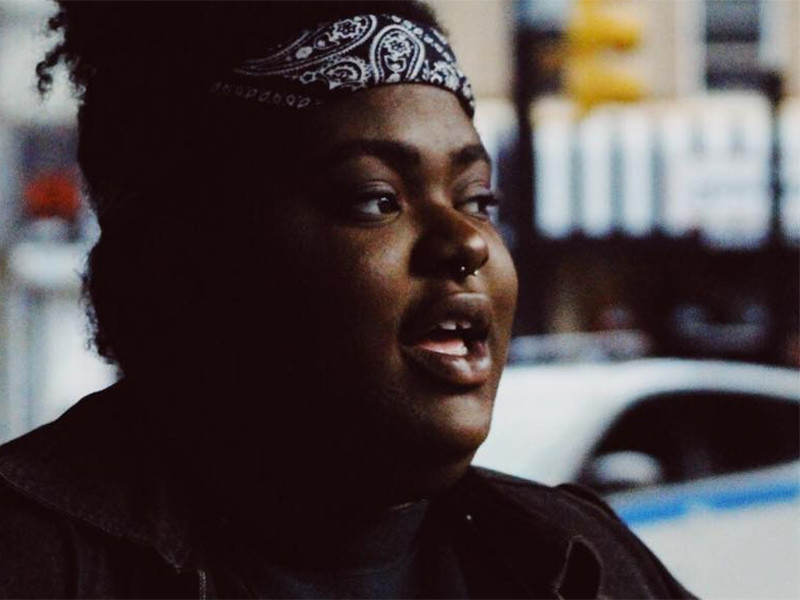 Like most of us, Alabama native CHIKA spent the early morning of April 20 listening to J. Cole’s surprise album, KOD. One song in particular, “1985 (Intro To ‘The Fall Off’),” — in which Cole lectures an unnamed rapper — affected CHIKA to the point that she felt compelled to respond with a verse of her own. She shared the video to her Twitter followers and within about 24 hours, it had amassed around 1.2 million views.

my response to @JColeNC’s “1985” ? just a couple thoughts. ? enjoy! pic.twitter.com/ox2vnwkhzn

“I was happy … I’m someone who likes to slave over their words,” CHIKA tells HipHopDX about the success of her post. “I like to make sure that the songs I put out have a message and some sort of impact to them. As someone trying to break into the industry, I find it disheartening to see cats rhyme cat in the hat and sit around with million-dollar deals.”

“‘1985’ re-inspired a little bit of hope into me,” she continues. “Somebody still gives a fuck about it … somebody still cares about the impact of what they’re saying to the culture. It was something that made me extremely excited, and I had to respond to it.”

“I’m 21 — I was an 18-year-old rapper, and I wasn’t saying dumb shit or putting out trash music,” she notes. “The argument that we need to let these people grow is tired, old, and detrimental to the culture. I think we need to be better gatekeepers of this art that was created as a way to express ourselves when nobody would hear us.”

might as well do KOD covers all week cuz i love Cole so much. wow. anyways, here’s “Motiv8” ???

Although she has a lot of attention on her right now, she isn’t rushing to put anything out. “I have a single that should be dropping soon,” she says, adding that she recently just moved to New York and is working on a poetry book.

CHIKA explains that she had a feeling the video would do well, noting that she’d had a few viral videos in the past. However, this surpassed anything she could have imagined. The response has been phenomenal, with industry figures reaching out, although she’s reluctant to share any specifics just yet.

Still, she is speaking success into existence — the tweet pinned to her profile says it all.

if you don’t know me by now, i promise you will by the end of the year. nothing stopping me anymore. shoutout to female rap.