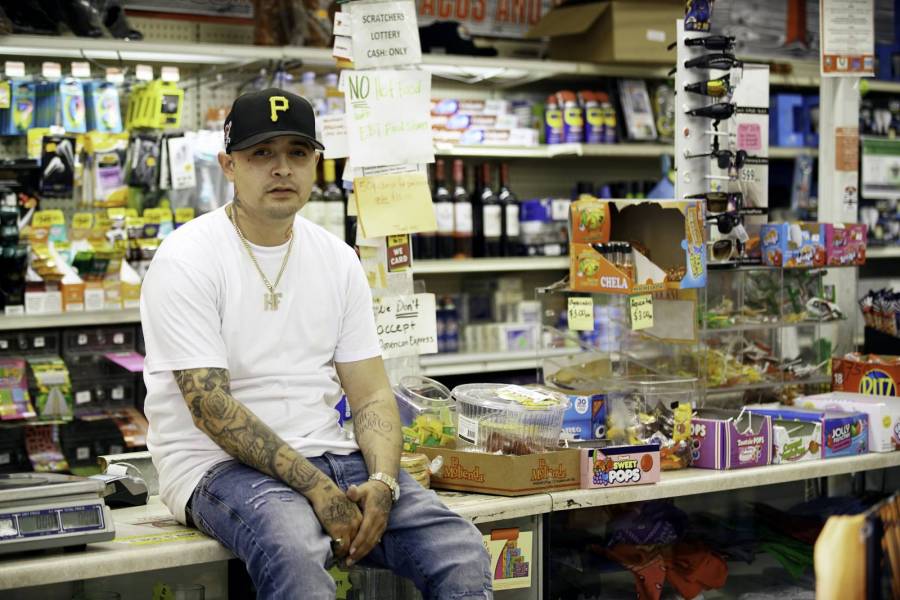 #DXCLUSIVE: Young Drummer Boy Has Pomona & The Whole 909 On Lock

Pomona, CA – Pomona is a city roughly 30 miles east of Los Angeles and for many is known for being the location of the annual L.A. County Fair. West Coast Hip Hop aficionados understand the area as the home base for rap legends Suga Free, Cold 187um and Kokane. One Mexican American rapper/producer also making his mark on the city is Young Drummer Boy.

Coming from a musical background (his father was a member of Mexican Rock Band Banda Rubi and grandfather a Mariachi), he left gang life alone once he linked up with popular L.A. rapper King Lil G as an in-house producer for his AK47Boyz crew.

Striking out on his own, Young Drummer Boy had his breakout moment with the release of his 2015 album High Forever featuring the Krypto-assisted “Coke Dealer.” Other projects like Barjud Ave and High Forever 2 would continue that upward momentum earning him over two million YouTube views and millions on the streaming side as well.

Without major radio play, broadcast looks or even coverage, Young Drummer Boy has spent the last decade building his fanbase within his hometown and surrounding areas. Speaking with HipHopDX, the 909 representer explains exactly how he pulled it off, being a rapper of Mexican descent, building peer respect, why he stopped making beats and more.

HipHopDX: Last month you dropped Same Click through EMPIRE Distribution featuring some very young West Coast talent feature wise. What were the goals for the project and building peer respect as you grow solo artist wise?

Young Drummer Boy: I’m really blessed to be doing the moves I’ve been making. Especially with EMPIRE you know? It’s something that’s new to me but has been really good so far. My goal with the project was to cater as much as I could to my fanbase while trying to expand my new fanbase. Trying to reach new fans and stuff like that. I just try to balance it out any way I could.

I think building with peers is very important because I didn’t do that before. I was boxed in. I never ventured out. When I was producing for the cats I was producing for, I was more of an in-house producer. A lot of people didn’t know I was the one producing tracks that were getting millions of streams and views. They didn’t know I was even on the hooks. Now branching out and working with artists like $tupid Young, Azjah, Rucci and many more. I feel like this is a stepping stone for me. Now I’m able to reach these different artists and their fanbase. Like Azjah fucks with me. At first, it was business and after we met and vibed and shit now me and her are cool. Whatever she needs from me she got it. I barely started learning that. I think it’s important for us to come up together. I can see that more than I seen it before. We all have our following and do shows, we’ll be selling out every venue. That’s in the smallest sense. If you look at it like that, it’s something more people should do.

HipHopDX: Describe growing up in Pomona and coming from a musical family. Do you remember your first time dabbling in beat-making?

Young Drummer Boy: Growing up here is like growing up anywhere for anybody. It’s all I knew. When I saw the poverty, what my family was into and how I was really living from the outside looking in point of view, I didn’t look at it in a bad way because I was with my friends having fun. I think growing up kind of gave me a different understanding. It made me a harder shell. I was more on guard. More likely to get into conflict because it was what I had been shown. For us, it was an everyday thing. I didn’t know anything else. When the sirens used to be running up, down the street, gunshots at night, bullet holes in the garage and stuff like that, I thought everyone lived like that.

When I was younger, my dad really influenced us to all play instruments. I learned how to play the drums at a very young age around five years old. My brothers were taught bass and another the guitar. One of them was a singer so he tried to influence us as much as he could into music so we wouldn’t lose it. He was like the last generation to bring it over here from his side of the family. If we didn’t do any type of music, it would be dead in our family cause there wouldn’t be anyone to carry it on.

I started dabbling in music here and there; making beats. I was making beats on a karaoke machine. I would do it tape to tape. I would get a little keyboard and would start a little beat off start that off in the tape and then add snares and stuff. That was way before I started using beat machines and all of that.

HipHopDX: Could you explain the turning point in your career and when things got series in regards to progression?

Young Drummer Boy: When my little cousin got 32 years to life. I was already making beats and he would rap about gang shit. I rap about gang shit, but it was neighborhood music. It was music strictly for my neighborhood for my homies to bang. Once he went to prison, that’s when my big brother took control and shifted my mind into making music. Once that happened, he gave me the tools necessary to do it. He gave me my freedom. He let me stay with him and as long as I was focused on music, everything was cool. That’s when I started taking it seriously. Once I knew I was having my son my brother decided to open up a studio and pour a gang of money into it, once we opened this studio.

I think it was about the last two and a half years. We’re talking about a ten year plus career already. I feel very blessed to be able to do that. I don’t have to hustle or doing odd jobs to make money. I guess once I was able to buy my spot, buy my baby momma a brand new car and take care of my son. At the same time, I can take care of my engineers, my beat makers and the people who helped me get to where I’m at. I always have to sit back and look back at what I’ve accomplished. At the same time, I’m always striving for more. This music is a real struggle. At the end of the day, I gotta step back while pushing forward.

HipHopDX: In an interview with Roscrans Vic, you mentioned making the choice of going from rapper/producer to mainly being just a rapper. Where did that decision come from?

Young Drummer Boy: What I haven’t mentioned is that the reason I don’t produce my shit or a lot of it even though I have my hands in it because I noticed that my rhymes and my beats were starting to sound the same. I have a certain beat style. So the beats that I was making for the couple of artists I was working with had a certain vibe that I helped create. As I wanted to change my style and vibe, I had to step back from the beats to expand my mind as a vocalist. Finding different patterns and stuff like that. I was rapping the same on my beats and they would sound the same. The reason why I got different producers and why I’m grateful for that, I hear different styles and am able to go on my own. I can be more creative.

HiphopDX: With the rise of Latin music globally, what are the benefits and struggles of being a Mexican American rapper in Southern California?

Young Drummer Boy: The benefits of being a Mexican artist is that if you real and stay true and you keep it, gangsta, it’s easy to get that Mexican fanbase. The downside of it is that we have to work extra hard to get the outside fanbase. I’m not trying to reach one different genre. It’s always going to be gangsta rap. I know we haven’t reached a certain amount of people because we box ourselves in. I feel like we haven’t reached all the Mexican fanbase though. I’m trying to stay true to my culture and myself and my people without having to segregate myself from artists who aren’t Mexican.

Growing up in Pomona, I wasn’t taught to be racists. We just had gang issues and enemies issues as opposed to L.A. where things can get racial. It was different for me.

HipHopDX: With that said, you not only have the 909 on lock but you frequently perform in areas outside of California as well.

Young Drummer Boy: I got a huge fan base over here and in the surrounding areas which is why I rep 909 so hard for a reason. I’m not just saying Pomona because people already know where I’m from and they see the music videos. People from down here already know. I got homies in Ontario, San Bernardino, Chino, Fontana. I get love from all these areas. I did a show out here in Ontario at a venue that no one heard of and I was one of the first to do a show there. I was expecting like 200 or so people to show up and all on my own 700 people showed up. That was a humbling moment for me.

It’s humbling when you see all these people show up to shows. I’ve been to small ass places too like Chehalis, Washington. Tiny little spot. It was nuts because you can tell they don’t get a lot of artists to show up much. It was a different way of living. Even when you go to Salt Lake City, Utah. They way they live is a little different. They gang culture over there but it ain’t the same way as it is over there. It’s humbling seeing people fuck with your music from places you’ve never even heard about.

HipHopDX: Though Same Click is just a month old, should we expect more music from you in the future?

Young Drummer Boy: I’m working on an EP right now. I like to speak shit into existence and we’re already locking things in. I’m about to hook up with the homie Kap G and Phoenix from Shoreline Mafia. This EP can be coming in the next few months. I want Same Click to keep going for a little bit. That’s the next step for me. Just working with more people and making a foundation for myself. I’m just trying to build my fanbase and touch as many people as I can.