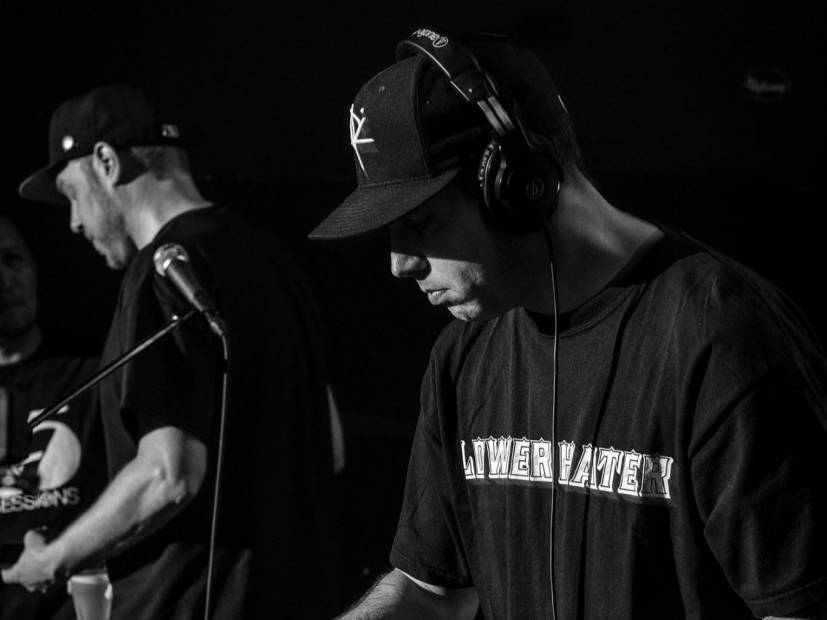 DJ Enki’s unwavering adoration for Weird Al Yankovic isn’t something one normally encounters in every day life, but the Oakland Faders DJ/producer wouldn’t have it any other way. As a young music aficionado, Enki was captivated by Weird Al’s eclectic humor and quickly became a lifelong fan.

To pay homage to the Grammy Award-winning artist, Enki has carved out a roughly 60-minute mix dedicated to Mr. Yankovic titled Waxing Weird. The project is broken into two parts and seamlessly ties together highlights from Weird Al’s stacked career.

“I heard ‘Eat It’ and thought it was the funniest thing, and then I just kept buying his tapes and cracking up at them,” Enki explains to HipHopDX. “Plus, his videos! I didn’t have MTV back then, so I was behind the curve for a while, but when I finally got to see his videos, I couldn’t stop laughing. To this day, the ‘Fat’ video cracks me up. The man knows how to do a sight gag.”

From there, Enki continued carrying the Weird Al torch into adulthood.

“From a music fan to a music writer and music maker, I just came to appreciate his genius more and more,” he says. “It’s hard to do what he does. It just looks easy because he’s so freakin’ good at it. Plus, I really dig his sense of humor. He can be unabashedly silly, he can be nerdy, he can be ridiculous, he can be clever — he covers all of that.

“Smart-dumb humor is my favorite, and he’s got that. He’ll make the dumbest jokes, but he’ll do them in a smart way. That’s my shit right there. Or even just doing polka medleys singing these dumbass pop lyrics, but he sings them absolutely straight … just as a polka. That’s funny. He’s an amazing talent for real.”

As far as the process behind album, it was a laborious effort and the very definition of a passion project. Enki has been plotting it for years, although it was put on the back burner for awhile.

“It seemed like something that needed to happen — we do tribute mixes for our favorite rap acts and favorite funk artists, and Al’s one of my all-time favorite artists,” he says. “Everybody loves Al, so where’s his tribute mix?

“I would record a little piece here and a little piece there as the ideas came to me. And I would keep coming back to them and tweaking them, maybe I’d come up with some other piece I could add, or I’d think up transitions to get in and out of them.”

#tbt Circa 1980, doing a shift of “The Weird Al Show” on my college campus radio station (KCPR San Luis Obispo)

Enki continues, “Over time, I built up a library of blends or routines or remixes or little three or four-song runs, and then I started getting a sense of how to string them all together as a real mix. With a catalog as deep and as amazing as Al’s, you’re inevitably going to leave off some really excellent songs.

Alas, the day of reckoning has arrived. For more information on Enki, check out his website here, and make sure to check out the album stream, cover art and tracklist below.