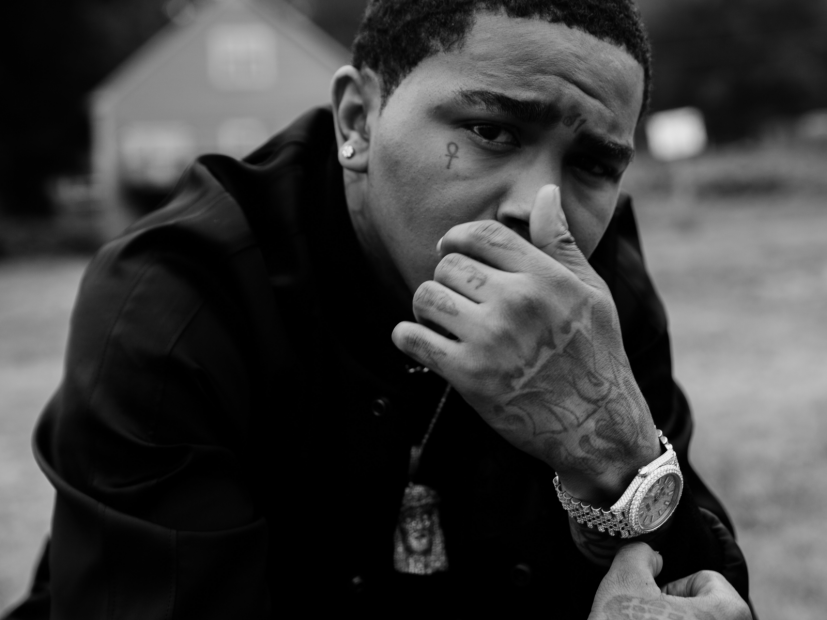 Atlanta, GA – Nechie makes his label debut with his 7-track EP, SSN: SOUTHSIDE NECHI (The Introduction) on Friday (June 28). The College Park native first hit the scene under Young Thug‘s YSL Records in 2016. He was featured on Thugger’s 2018 Slime Language, as well as on his childhood friend Gunna’s Drip Season mixtape series, and signed to Interscope last year.

The EP arrives after the visual for project banger “Triple Beam Lights.” Produced by 808 Mafia’s Cicero, the track combines a smooth piano-driven beat and an off-the-top freestyle. Here, Nechie talks working with Gunna, who appears as the EP’s lone feature on “Pray To The Lord,” forthcoming music with Young Thug, future collabs and Atlanta influences. Stream SSN: SOUTHSIDE NECHI (The Introduction) below.

#SSN Out Now On All Platforms! #Shadybaby #65Hot Link In Bio

HipHopDX: As your debut EP, what are you trying to show listeners about yourself and your style in SSN: SOUTHSIDE NECHI (The Introduction)?

NECHIE: That I really don’t need no introduction! [Laughing] My style is just true to Atlanta — the Southside of Atlanta — and our era of music. It’s my sound. You can never put me in a box. Everything is gonna always sound different, but you’re going to know, that’s him, that’s his style. That’s his sound.

HipHopDX: Being from the Southside of Atlanta, who have been your biggest inspirations?

NECHIE: Of course, T.I., Outkast, Rocko — Atlanta is coming up. We’ve had so many of the greatest ones to do it. I just try to tap into the music.

HipHopDX: How have the trap and Hip Hop scenes there influenced your sound?

NECHIE: They definitely have. Along with me growing up in the environment, as well as listening to the music, I’ve seen it all with my own eyes and experienced it. It’s helped because I can rap about something I’ve been through and folks who have seen the same thing, they’re gonna relate to you because it’s like you’re talking to them. I don’t talk about anything I haven’t been through.

HipHopDX: You’ve gotten a lot of support for your project from Lil Baby, Metro Boomin, Moneybagg Yo and most recently Lil Uzi Vert for your “Triple Beam Lights” music video.

HipHopDX: Do you think you’ll collaborate with him in the future?

NECHIE: Oh yeah, for sure. But I’d rather have their support than just like, ‘Oh let’s do a song,’ you know what I mean? ‘Cause you can do a song with them and then put that song out, but just because you did a song with them don’t mean it’s gonna get you the same attention. So I want to create my own path to the top.

HipHopDX: You and Gunna are also longtime friends and he’s featured on the last song of your EP, “Pray To The Lord.” What was recording together like?

NECHIE: That’s my real brother. We’ve known each other since we were five years old. We’ve lived across the street from each other our whole life. He’s like my real brother, not just a friend. I mean, we were rapping when we were kids together. So when we worked together it was like a catwalk, ’cause we’ve done it so much and we feed off each other, it’s just a movement. And being around Young Thug, he let us be our own selves and work on our own creativity. Watching [Thug] work, it’s just a blessing to watch him work. I feel like I can learn a lot from him.

Nothing is bigger Then deez 3 letters YSL

HipHopDX: What’s it been like working with Young Thug?

NECHIE: He gave me my first real major platform. One thing about him, he always tells us, ‘Get the money.’ He’s always recording. We’ve got tons of songs just sitting around, waiting to come out. And while we’re waiting and time goes by, we’re making new stuff. There’s going to be great music, great collaborations, I’m excited!

HipHopDX: Are you working on any more visuals for the EP?

NECHIE: I got like two more visuals coming up right after the EP drops, including one with me and Gunna and I’ve got the introduction song [“Flame”] coming too. And one with Young Thug coming up.

HipHopDX: So after the visuals, you’re putting out a single with Young Thug?

HipHopDX: What got you started making music?

NECHIE: I started in my teens. I had a friend who passed away and he was always writing and making music. When he passed away I felt like I got to keep it going for him, ‘cause at the end of the day, he was family. That’s what keeps me going, I feel like I owe it to him.

NECHIE: Stay working. Don’t ever give up on your dreams; stay positive. Stay away from negativity and believe in yourself.