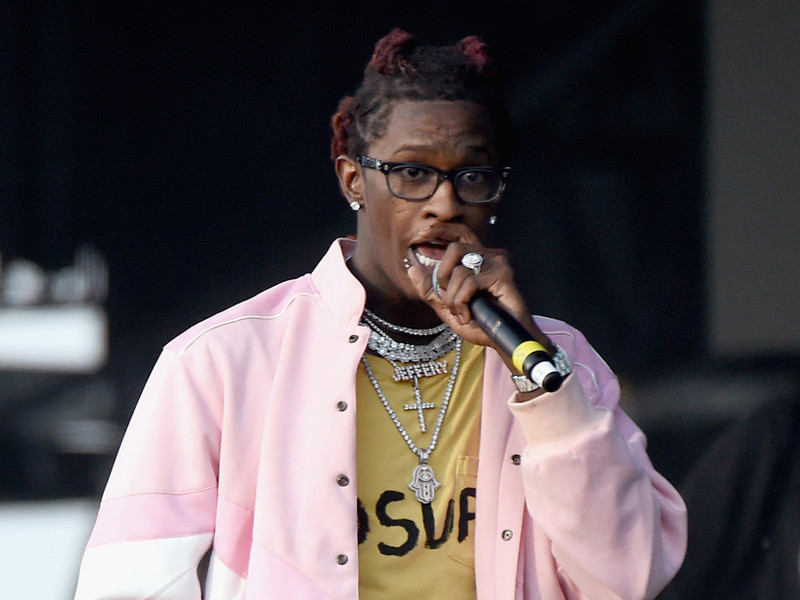 It’s Young Thug’s birthday, but he’s the one giving a gift to his fans.

[This post has been updated. The following was originally published on August 15, 2018.]

Young Thug has blown the lid off the Slime Language tracklist. Thugger unveiled the details in one of his Instagram stories on Wednesday (August 15).

The album, which is expected to arrive on Thursday (August 16), boasts 15 tracks and features from Lil Uzi Vert, Gunna, Jacquees, Lil Baby, Tracy T and more.

[This article has been updated. The original version was published on August 14, 2018 and can be found below.]

Young Thug has announced the release date for Slime Language. According to an Instagram post, the album will arrive on Thursday (August 16), the Atlanta-bred rapper’s 27th birthday.

In the caption, he wrote, “On my BIRTHDAY” alongside a photo of what looks to be the cover art. It features the words “Young,” “Stoner” and “Life” spelled out in sign language with green and red paint dripping through the center.

Slime Language serves as the follow-up to Beautiful Thugger Girls and his Super Slimey collaborative project with Future, which were both released last year.

I’m very thankful and grateful for god?? … I also, thank @youngthug one of my inspirations and big brother, for allowing me to be me & growing into the artist I knew I was but being confident about (me)… very grateful HONESTLY ?????‼️ #SlimeLanguage pic.twitter.com/g538hE0czk