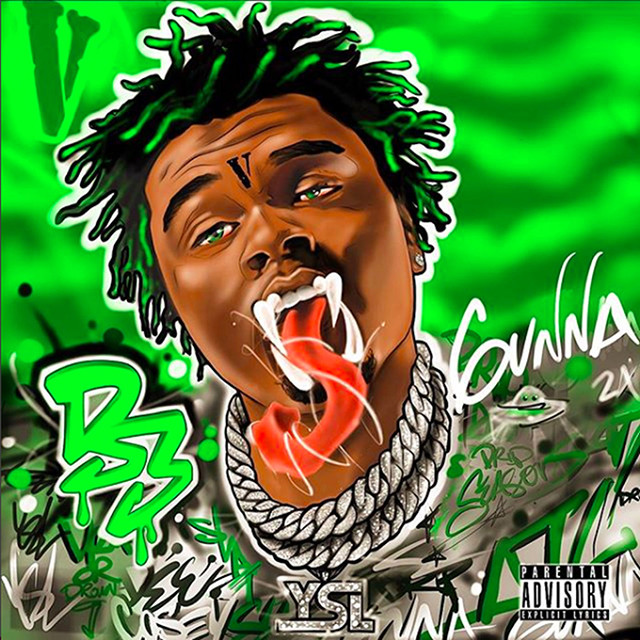 Every time a subgenre blows up, there’s bound to be a saturation of artists making the same kind of music. It happened with boom bap in the ‘90s, snap and crunk in the 2000s, and in 2018, there’s a Costco level surplus of trap rappers.

Where does this leave YSL signee Gunna? Smack dab in the middle of the pack. As his latest project, Drip Season 3, proves, Gunna is adept at creating enticing grooves that are neither as alluring as Lil Uzi Vert’s melancholia nor as flat as Hoodrich Pablo Juan’s boasting.

As is the case with pretty much every “mumble rapper” in existence, Gunna’s lyrics don’t just take a back seat to the music, they lie firmly in the trunk. The vibes are vital here; with songs like “Toast Up” thriving on the strength of Wheezy’s dark piano keys and vocoder warbling popularized by 808s & Heartbreak-era Kanye West. Likewise, Turbo and Khalil’s subtly dramatic production of “Spending Addiction” gives off a profound feel. However, bars like “She freaky pulled up without no pantyhose/I’m stackin’ these Benjamins, tryin’ not to boast” are anything but impactful. Despite this assertion, Gunna spends much of his time bragging in a straightforward manner. Even in trap, lyrics still matter to a degree, and more often than not Gunna’s simplistic lyrics grow weary on repeated listens, which stunts Drip Season 3’s potential.

Each of the mixtape’s eight producers contributes to the electro-rhythmic vibes to varying degrees of success. Richie Souf’s minimalism is an excellent underscore of the fame-woes gem “Lies About You,” which features an energetic assist from Lil Durk. By contrast, Metro Boomin’s basic trap beat matches Gunna’s underwhelming stop-n-go flow on album filler “No Joke.” More often than not, the production creates a vibe that is somehow both soothing and unsettling and belies Gunna’s remarkable knack for sonics.

Gunna occasionally digs deep into his soul and comes up with content worth remembering. He raps about the pitfalls of fame — both internally and externally — on multiple tracks. The penultimate cut, “Money Don’t Change You,” reveals a young man who understands, despite his indulgence in excess, money isn’t more important than staying true to oneself. However, these moments, while rising Gunna above run-of-the-mill trap, fail to ascend to the meaning of, say, a placeholder of today’s sound like an “XO Tour Llif3.”

Drip Season 3 holds value, without question. However, if Gunna wants to be remembered for anything more than riding trap music’s popularity, he’ll need to find the balance that personalizes his own artistry without question.