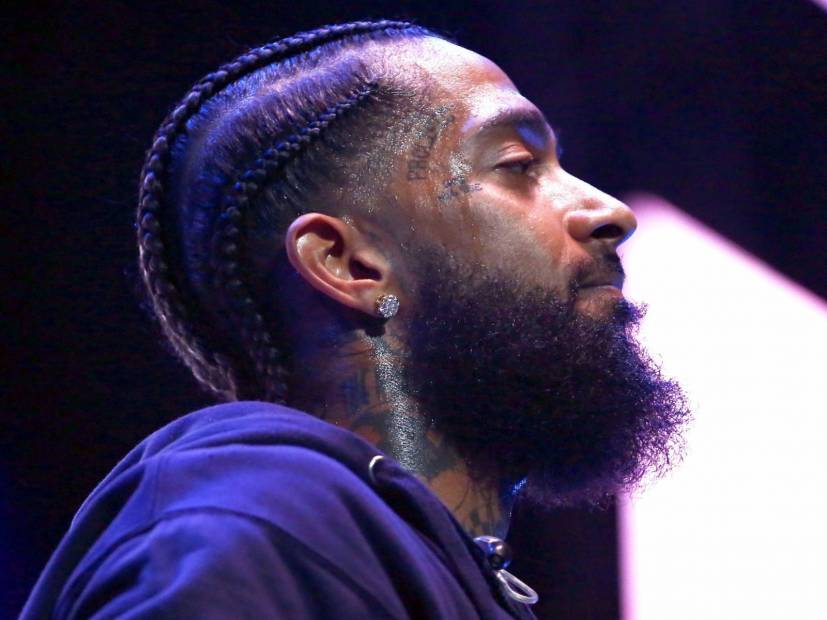 Ser Baffo/Getty Images for BE

Real Crips Are Honoring A Cease-Fire With Bloods, Not Tagging Suburban Garages

Compton, CA – If Nipsey Hussle’s mother is correct, her son was put on this earth for a very specific purpose — and this might just be it. According to the L.A. Times, the Crips and Bloods are calling a cease-fire in South Los Angeles, inspired by Nip’s work within the community.

Following Compton cease-fire talks in April, the Swamp Crips and the Bloods-affiliated Campanella Park Pirus agreed to stay clear of each other’s territory and stop shooting at people.

“It’s a troubled past,” Swap Crip Lamar “Crocodile” Robinson said. “A lot occurred, and we can’t heal that fast. But it’s important for us to take the initiative and school the youngsters on what’s at stake and what they can gain.”

Those leading the peace movement say the seemingly endless grief in the wake of Nip’s March 31 shooting death has made it easier to implore others to stop the cycle of violence. Although Nip was affiliated with the Rollin ’60s Crips, he was attempting to bridge the gap between adversaries before his death.
Embed from Getty Images

However, it didn’t come as a surprise when fellow Rolling ’60s Crip Eric Holder was arrested for Nip’s murder.There’s often beef within sets, too.

“We’re going to carry what Nipsey wanted, what he was trying to preach in his songs,” Rolling ’60s member Shamond “Lil AD” Bennett said. “It don’t make no sense that you’re fighting over a block that you don’t own.”

Shortly after Hussle’s death, producer/rapper Cartwright and other Campanella Park leaders struck a cease-fire with the Nutty Blocc Crips as well.

Cartwright then attempted to get Compton’s many Piru sets together before talking with more Crips. But another leader from Campanella Park didn’t want to wait, which ultimately led to the April 20 negotiations with the Swamp Crips.

Embed from Getty Images
“Anybody that’s real …and understand and been out here for a long time and lost people to death or lost somebody to jail, you tired of this,” Cartwright said. “Gangbanging ain’t never did nothing for none of us. None of us.

“This … ain’t never spoke up for me, got me out of situations in jail. This …done only cost me my brother’s life, my cousin’s life, my best friend’s life behind bars.”

Only time will tell how effective the peace talks will be but in the interim, gang members have been instructed to give a signal.

Rather than flashing hand signs at rivals, they should nod and see if the other person nods back — a sign both are down with the cease-fire movement.