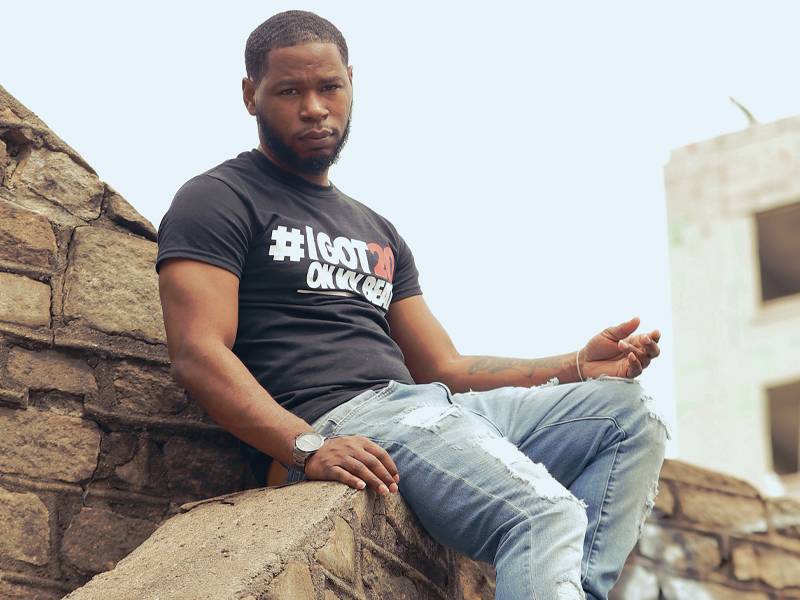 In an age where self-sufficiency reigns supreme in Hip Hop, and the lanes for potential profits have expanded vastly, putting all your eggs in one basket can potentially close you off from lucrative opportunities. It’s this mantra that has guided North Carolina producer 20. Having created an admirable discography including work with some industry elites, he credits his diverse skillset with his successes thus far.

“My friend, who was a rapper, wanted to take it seriously … I was pretty much the guy that was handling his videos, handling his recording sessions and making beats,” 20 tells HipHopDX of his beginnings in the industry.

As he explains, it was when he was able to make the connection between music and financial success that he decided to immerse himself fully. “My brother came home with a lot of money; when I asked him about it he said it was from making beats,” 20 says. “It didn’t know what it meant to make money off music. I decided to become my brother’s helper.”

He describes a first turning point in his career as landing a job working at the illustrious Audiobox Studios in Charlotte, North Carolina.

“All the industry players knew about it. So when I got there I just knew for a fact my opportunity was going to boom on its own,” he says. It was here that his diversity came into play, as his background allowed him to not only produce records, but engineer the sessions, and conceptualize/execute video treatments.

It was this idea that prompted him to streamline his brand so that no matter what he does, he could create the same recognition. “Since I wear so many hats, I keep the same name with every last one of them. So when they be like, ‘Yo, who did this? Oh, 20 did it,'” he says with a laugh.

His first significant placement came with Rico Richie and Snootie Wild‘s 2016 single “You Petty,” which opened up plenty of doors. “I pretty much took it from there,” he says, noting that shortly after he was in New York and meeting with 50 Cent and Uncle Murda about a video.

His catalog has since grown to include work with Lil Baby, Gucci Mane, Boosie, and many more.

His recent — and most notable — breakout, though was the song “Walker Texas Ranger” with fellow Charlotte-based MC, DaBaby. “I made the beat, pretty much just being silly … I didn’t think anything of it,” he says. “[DaBaby] loved it and jumped on it. I was like, ‘Really? You like that?’

DaBaby has become one of the shiniest rising stars in the game, currently signed to Interscope. However, his relationship with 20 dates back to his early days at Audiobox. “I met him back when he was Baby Jesus,” he says. “Before the Interscope deal, he was already grinding … grinding extremely hard. I was doing the same thing cause I wore multiple hats.”

An element he says has been key to DaBaby’s success, is a major key that 20 feels all artists need to embrace: creating music that matches your real personality.

“The more consistent you are, the more personable you seem, the more people will gravitate towards your personality,” he explains. “I’ve seen rappers talk about cars they have and I never seen him in the car. Then I saw somebody say ‘I was at the club last week and I smacked a few booty cheeks,’ and I sat right there and saw him smack a few booty cheeks.

“That validates what they’re saying is real … I can identify with it,” he adds.

Being someone who relishes in his role as the person responsible not only for the sound but the visual representation of an artist, he’s quick to point out the importance of properly investing in your overall brand/product.

“If you want to be the guy that looks like he’s that guy, you got to invest in being that guy. You can tell who cares about their product versus somebody who wants to get by.” As someone with an admittedly short attention span, 20 ultimately points to the ability to stand out among the sea of others merely trying to fit in.

He offers up an example of someone handing out a physical CD, with a holographic label. “Now I ain’t got no CD player, but I’ll make sure I get one and give it a listen … because it captured my attention.”

Currently celebrating the release of  Stunna 4 Vegas’s Big 4x — an artist signed to DaBaby who he’s been championing for some time — he’s quick to point out what’s next: more beats, more videos and — eventually — a label.

“I’m trying to make myself a household name,” 20 says humbly. You can follow his career via Instagram.