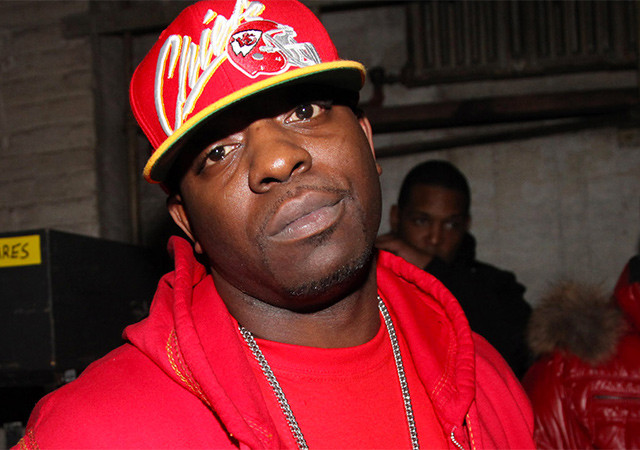 Welcome to the third installment of Legendary Mixtape Runs, where HipHopDX takes a look back at some epic mixtape series from yesteryear. We’re not talking about streaming “mixtapes” that are all the rage now; we’re talking straight up mixtapes — the ones you used to buy at barbershops, bodegas or hand-to-hand on your local campus.

Lenny Grant, who — if we’re honest — is better known to the world as Uncle Murda, is the definition of mixtape success. Like the artists this series has covered in the past, his initial run led him to a major label deal. Unlike the others, though, he has yet to drop a major label debut. Upon popping up back in 2005, his unique blend of ultra-ignorant street Hip Hop, volumes of anti-police rhetoric and incredible adlibs quickly made him a popular figure on the New York mixtape circuit.

His big break was around 11 years ago when his manager (the late Chris Lighty) and DJ Green Lantern introduced his hard-knock Brooklyn raps to JAY-Z, who promptly signed him to Roc-A-Fella/Def Jam. Shortly after that, he appeared alongside Fabolous and Hov on the buzzing song “Brooklyn.” However, the deal soured following Jay’s departure from Def Jam in 2008 and Murda found himself in limbo.

That same year, he was shot in the head. He checked himself out of the hospital à la Tupac, and charges were never laid as he refused to cooperate with the police. He talked about the situation extensively on his mixtape Hard 2 Kill.

Since his 2005 project was released, Murda has dropped 14 mixtapes, including his latest Don’t Come Outside Vol. 1. And after years of back and forth shade with 50 Cent, he signed with G-Unit Records in 2017, and it’s looking as though 2018 will be his most significant year ever.

As fans anxiously wait for the release of his official debut, The Lenny Grant Story, we’re looking back on his Top 5 must-listen mixtapes.

This time, though, there’s a twist. Murda himself gave us his top four.

“I love the first mixtape I did … it was right after my [ill-fated] Ruff Ryders deal,” Murda explains. “We were back to the streets, and the cover had real drugs and real guns on it. I was acting like somebody was trying to come and rob me in the crib and I wound up flipping the script and robbing them. I love that mixtape because it was our first go at it. We were riding around, selling CDs out of the car and things of that nature. That was a dope experience.”

“I would have to say Hard To Kill was one of my other favorite ones. That was with my boy Green Lantern,” he says.

As mentioned earlier, this tape was released shortly after Murda was shot in the head, and it contained an impressive amount of taunting toward his would-be killers.

The project also included a Papoose diss record. The two went back and forth for a while (on and off wax) afterward.

“Say Uncle with Green Lantern was classic,” he says. “That was when I got in the game … Chris Lighty ended up managing me after hearing the mixtape. And then JAY-Z winding up signing me after the mixtape as well. That was my ‘will shoot them up, bang bang at the police’ era back then.”

The First 48, hosted by comedian Mike Epps, was a fantastic collection from Murda. It was heavily hyped up (and delayed) but was well received by the time it dropped. Despite being feature heavy, it had some notable standouts, such as the salacious “Fuck Ya Friend” featuring Wale and French Montana and “Who Want Beef” featuring the late Chinx.

Check out our previous Legendary Mixtape Runs articles on Papoose and G-Unit, as well as Uncle Murda’s latest mixtape and our full interview with him.