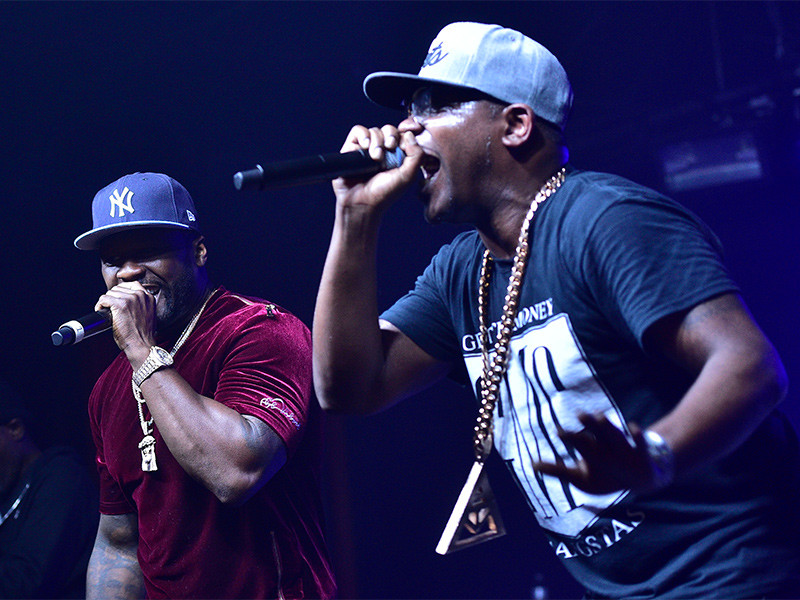 Uncle Murda Wants His Kids To Listen To Kendrick Lamar & J. Cole Over His Own Music

After a mounting buzz from a handful of high-profile singles and a new contract with 50 Cent’s G-Unit Records to celebrate the end of 2016, East New York rapper Uncle Murda dropped his new mixtape, Don’t Come Outside Vol. 1 last month.

Featuring a host of new artists under his wing and heavyweights like 50, Dave East, and Jadakiss, the project provided more than enough to keep his core audience interested. The question loomed though, after over a decade of buildup, and with the G-Unit machine now behind him, why drop yet another mixtape instead of his much-hyped official debut album, The Lenny Grant Story?

Link in my Bio

“We were gearing up to do that … we were about to shoot a short film and drop The Lenny Grant Story,” Murda explains to HipHopDX. “But when we played some music for 50, he liked the music so much that he just thought we should wait.”

“[50 was like] ‘let’s get a bigger platform to promote the music so we could get everything out of it,’” he continues. “So we decided to put the mixtape out first just to give us a little time.”

Lenny Grant is Murda’s government name. Many fans were slightly confused, as the mixtape was billed as such, meaning that those searching Uncle Murda were unable to access the project via streaming services immediately.

As he reaffirmed that the album was indeed on deck, he also gave some insight into who Lenny Grant — the rapper — is, and how he differs from Uncle Murda.

“Lenny Grant [kind of] taught Uncle Murda everything he knows. So Lenny Grant is the real bad guy, Uncle Murda was just the face of it — and now Lenny is taking back over the spot.”

One catalyst for the name change was for marketability purposes. “I was trying to clean it up,” Murda admits. “I was [at one point] going to drop Uncle and keep Murda. The name has taken us far. We have been on tour with the name so far, but we haven’t gotten everywhere.”

“I know that there are certain opportunities that I’m missing out on because of the name Murda. When you have things happening, like the Vegas shooting, ‘Murda’ might put a bad taste in some people’s mouths. I will always be Uncle Murda, but Lenny Grant is my real name. So I figure let’s switch it up a little … but the content is going to remain the same,” he states assuringly.

Switching gears, Murda describes working on the new Bruce Willis film, Acts Of Violence (opening in January), which is poised to expose his brand to a new world of possibility. “They had a chair. You know those chairs where the actor’s name? It felt so good to have my name on a chair saying Uncle Murda … I said ‘oh shit.’”

Hollywood putting some respect on my name got my own chair lol ?????? #ActsOfViolence #BruceWillis #TheUnitLifeStyle ???????

I'm not just getting to the ??I'm protecting the ??#ActsOfViolence ?????? my partner @nataliyura #BruceWillis I can get used to this Hollywood shit #Day2 #OnSet Courtesy of @50cent

Me and my Guy @derricksimmons working @mr_camron look who I found hit @beaniesigelsp what y'all want me to do to this nigga lol ??????? #ActsOfViolence #TheUnit #GMG #ATM

“It was super dope to get to see how these action Hollywood movies are put together. So just even being a part of that was cool. It was an experience. They killed me kind of fast, but it is still a good look.”

Murda may — in fact — be going Hollywood. He has another role already lined up. “I am starting my next movie next month. 50 has got another movie and he wants me to be in it. Denzel is in trouble right now,” he says with a laugh. Though willing to talk, he quickly admits to having no concrete details about the film.

Aside from a budding film career, many fans may not know that Murda is also a loving father. “I have two sons and a daughter,” he says proudly. “Fatherhood makes you focus a lot more. Certain things that you would have probably risked your freedom for, or overreacted to in the past, you overlook when you have kids.”

“You realize that your kids depend on you — you are their everything. You have to think a little bit before you react,” he adds.

With an acting career beginning to take shape, and his children slowly growing up, will we see Murda take a different approach with his music, as JAY-Z famously did with 4:44 this year?

“If I am doing music as long as Hov, I could see me coming up with some similar type content. Maybe not exactly like Hov’s. I could see my vision and my content being a little bit different because I’m older and more mature at the time,” he explains.

“I felt 4:44 was a mature album, but [it isn’t] where the music scene is going. The young guy’s music is more like Molly/Percocet turn up. So that is why I said on the mixtape that I feel like 4:44 was going over the little homies’ heads because they are more into Lil Uzi [Vert] — that’s what’s popping out here now.”

As for what’s next for Murda, he has his annual “Rap Up” dropping on New Year’s Day. “It is going to be entertaining,” he says bluntly.

“Mad Skillz is finished,” he adds with a laugh, “I Debo’d this!”