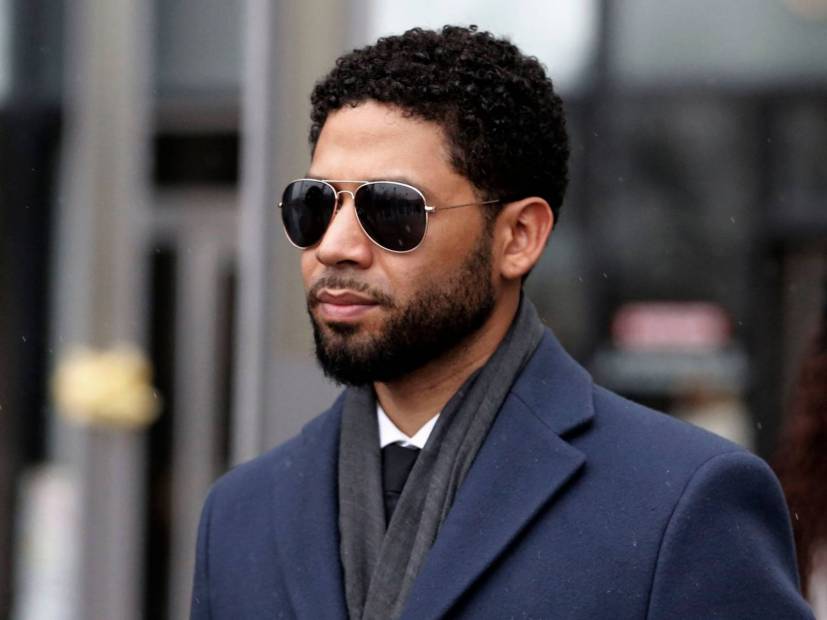 Lee Daniels Confirms Jussie Smollett Will NOT Be Returning To "Empire"

On Tuesday (June 4), Daniels responded to a post about the article on Twitter, confirming the disgraced actor wouldn’t resume his role as Jamal Lyon for Season 6. It’s the first time Daniels has stated that publicly.

“@Variety @JoeOtterson This is not factual,” Daniels replied. “Jussie will NOT be returning to Empire. -LD.”

@Variety @JoeOtterson This is not factual. Jussie will NOT be returning to Empire. -LD

Daniel’s tweet puts an end to months of speculation on Smollett’s return to the hit FOX show.

Smollett was accused of staging his own hate-fueled attack in January. In March, he was indicted on 16 felony charges related to the incident, but all charges were ultimately dropped.

While some of his co-stars rallied around Smollett, they were divided on whether he should be allowed to retain his role on the show.

Empire will come to an end after Season 6.

[This article has been updated. The last version was published on May 13, 2019 and can be found below.]

The fate of FOX’s hit show Empire has reportedly been sealed. According to Entertainment Tonight, the network announced on Monday (May 13) it was canceling the show after Season 6, which will air next year.

“We’re turning the final season of Empire into a large television event,” Collier said. “If you look at what we’re doing with Empire ... we really are trying to go out guns a-blazing. One of the great benefits of announcing a final season is to allow the fans to lean in and to have the ending they deserve, and that’s everything we’re trying to do with this iconic series.

“Six years is a pretty remarkable run for a drama series and we feel good about it.”

As far as the series’ embattled star Jussie Smollett, there are currently “no plans” to have him involved in the final season. He was written out of the final episodes of Season 5 after he was accused of staging his own hate-fueled attack in January.

“There is an option [for him to return],” Collier added. “[At] this point, we have no plans for that.”

Although Smollett was charged with 16 felonies, Chicago prosecutors ultimately dropped all charges against him.

Not all is lost for Smollett, however. There’s a small chance he will return for Season 6. FOX offered him an extended contract despite the controversy currently swallowing his career.

“We’ve been told that Jussie will not be on ‘Empire’ in the beginning of the season but he appreciates they have extended his contract to keep Jamal’s future open,” a spokesperson for Smollett told ET last month. “Most importantly he is grateful to Fox and Empire leadership, cast, crew and fans for their unwavering support.” [apple_news_ad type=”any”]

Smollett has played the character Jamal Lyons since 2015.