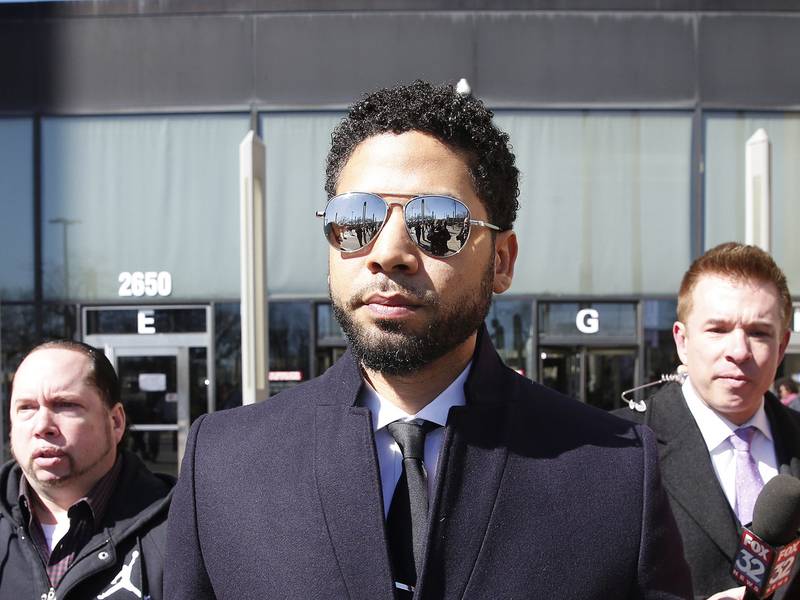 "Empire" Renewed For Season 6 Without Jussie Smollett ... For Now

FOX’s Empire is returning for a sixth season, but Jussie Smollett won’t be rejoining his castmates when production resumes. Although Smollett remains under contract, his character Jamal Lyon isn’t being factored into the show’s plans.

“By mutual agreement, the studio has negotiated an extension to Jussie Smollett’s option for season six, but at this time there are no plans for the character of Jamal to return to Empire,” FOX and producer 20th Century Fox TV said in a press statement.

Smollett was written out of the fifth season’s last two episodes after being charged with falsifying a police report, which claimed he was the victim of an attack in Chicago. Prosecutors ended up dismissing all charges against him, but the embattled actor’s reputation was severely damaged.

More #Empire is coming your way! The Lyons will be back for Season 6 on @foxtv. 🙌👑🦁

Still, the decision to extend Smollett’s option means there’s a possibility he could return to Empire.

“We’ve been told Jussie will not be on Empire in the beginning of the season, but he appreciates they have extended his contract to keep Jamal’s future open,” a Smollett rep told The Hollywood Reporter. “Most importantly he is grateful to Fox and Empire leadership, cast, crew and fans for their unwavering support.”

Smollett’s castmates have also remained supportive despite the well-publicized drama surrounding him. Terrence Howard, Taraji P. Henson and four other cast members recently sent a letter to the show’s creators and executives asking them to bring Smollett back for the sixth season.

“[We] ask you to keep Jussie on the cast so that we can all put this behind us and move forward,” the letter read. “It’s our hope that together we will move into our sixth season as the entire Empire family should.”

Empire’s fifth season finale is scheduled to air on May 8. The series is FOX’s second-highest rated drama in 2018-19.