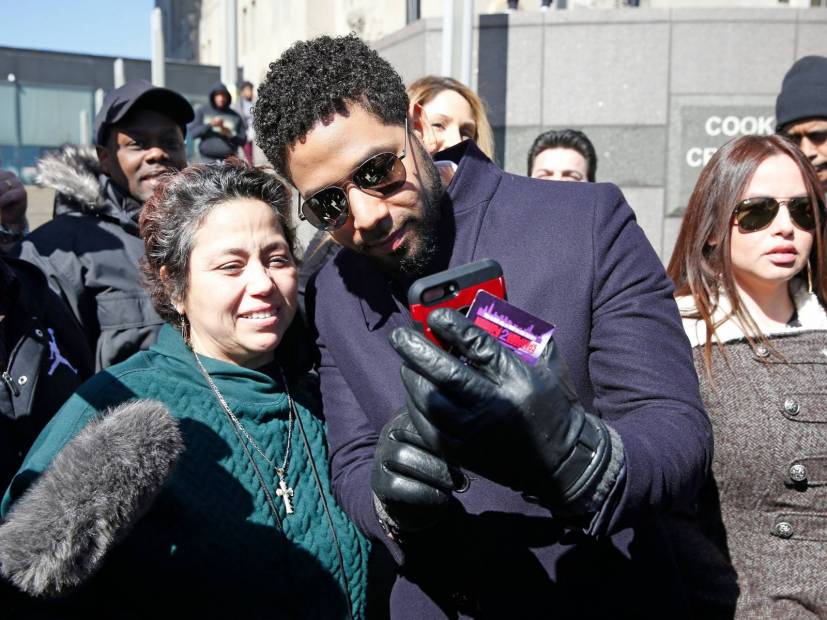 Chicago, IL – Jussie Smollett was reportedly “confident” about standing trial and was positive he would come out victorious.

The judge handed down his decision to drop all 16 felony charges against the Empire actor Tuesday morning (March 26).

The Blast reported sources close to Smollett said he was never considering a plea deal and was adamant about his innocence.

Smollett’s legal team shared their client’s sentiments commenting on the “inconsistent” story of the Osundairo brothers continuing to say that the prosecutors were “not ready for primetime,” calling the charges against Smollett “ridiculous.”

Charges were initially brought against Smollett for felony disorderly conduct after he claimed two men assaulted him in the early hours of January 29.

Smollett turned himself into police custody on February 20.

Chicago police Superintendent Eddie Johnson spoke about the arrest at a press conference on February 21 saying Smollett staged the attack because he was “dissatisfied with his salary.”

The Cook County State’s Attorney Office released a statement on March 26 saying, “After reviewing all of the facts and circumstances of the case, including Mr. Smollett’s volunteer service in the community and agreement to forfeit his bond to the City of Chicago, we believe this outcome is a just disposition and appropriate resolution to this case.”

Smollett spoke to the media following the ruling saying, “I have been truthful and consistent on every single level since day one. I would not be my mother’s son if I was capable of one drop of what I have been accused of.”

Jussie Smollett: “I want you to know that not for a moment was it in vain. I've been truthful and consistent on every single level since day one.” https://t.co/87KXvN5piM pic.twitter.com/5cj73oyOOm

Despite charges being dropped, the FBI is still investigating the offensive letter sent to Smollett days before the attack. Authorities want to affirm that Smollett didn’t send the letter himself, the contrary would result in federal charges against the axed actor.