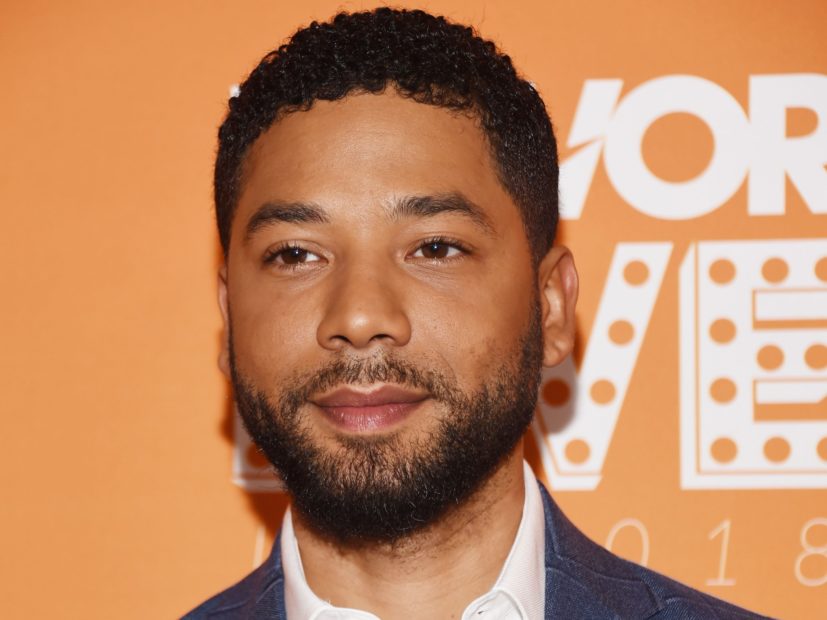 Jussie Smollett Pleads Not Guilty To All 16 Felony Counts

Chicago, IL – A confident Jussie Smollett arrived at a Cook County courthouse for his arraignment on Thursday (March 14). As the disgraced Empire actor approached the building, he was greeted by the sounds of several protesters shouting, “We are here to support black people. We are here today today to support LGBTQ people.”

Shortly after proceedings began, Smollett and his legal team entered a plea of not guilty on all 16 felony counts. According to TMZ, he’ll be required at every upcoming court date and allowed to travel to Los Angeles and New York for appointments with his attorneys.

However, he’ll have to give the courts 48-hour notice and check back in within 24 hours when he returns to Chicago.

In January, Smollett told police he was brutally attacked by two men hurling racial and homophobic slurs at him. As the details surrounding the alleged assault started to take shape, investigators came to the conclusion the attack was staged.

As a result, Smollett was charged with a disorderly conduct felony. But earlier this month, a grand jury handed down the 16-count indictment, which Smollett’s attorney referred to as “overkill.”

Smollett is expected back in court next month.

[This article has been updated. The original version of the article was published on March 8, 2019 and can be found below.]

A grand jury has indicted Jussie Smollett on 16 felony accounts for filing false police reports about an alleged hate crime. According to CBS Chicago, a Cook County grand jury returned the 16-count felony indictment against him on Thursday (March 7).

Smollett was originally charged by the State Attorney’s Office with a disorderly conduct felony, but the new indictments compound Smollett’s situation even further.

The grand jury handed over two sets of charges: one for Smollett’s initial report to the Chicago Police Department and the other for Smollett’s second interview with investigators. Both are Class 4 felonies.

The indictment partially reads, “Jussie Smollett knew that at the time … there was no reasonable ground for believing that such offenses had been committed.”

Smollett allegedly staged the racist and homophobic attack outside of his Chicago apartment building in January. He told police he was attacked as he was walking home around 2 a.m. local time on January 29.

He said two masked men screamed “racist and homophobic slurs,” put a noose around his neck and poured a chemical (believed to be bleach) on them. One reportedly said, “This is MAGA country” while wearing a red hat associated with the Trump’s “Make America Great Again” initiative.

The police also believe the scratches and bruises on Smollett’s face were likely self-inflicted, although the brothers did punch him.

Smollett allegedly staged the attack because he was upset about the salary Empire was paying him.

The disgraced actor is scheduled for arraignment on March 14.