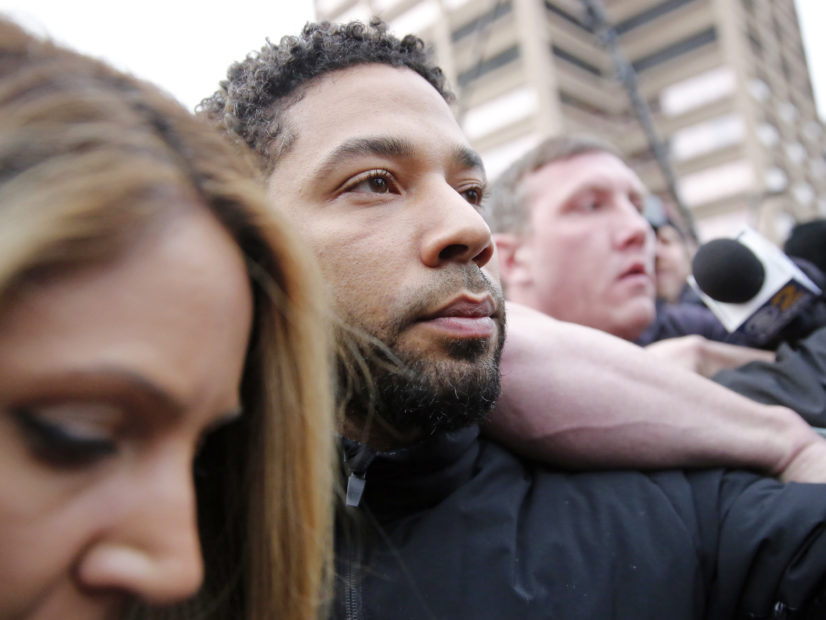 Hollywood, CA – Jussie Smollett was indicted on 16 felony counts Thursday (March 7) after he allegedly staged a hate-fueled attack — on himself. According to TMZ, a source said the Empire actor was fielding offers almost weekly and now, the phone has stopped ringing.

Smollett, who claimed he was assaulted by two racist and homophobic attackers in January, was reportedly being offered countless opportunities following the alleged attack. Sources say he was getting offers for movies, television shows, commercials, interviews and appearances.

But once he was arrested and charged with a felony for filing a false police report, everything dried up.

To add insult to injury, many of his Empire co-stars withdrew their support. The Empire creators also removed Smollett’s character from the final two episodes of the season in order to keep peace on the set.

Smollett is expected to be arraigned on March 14. His lawyer is calling the indictment “overkill.”

“We knew that there is no way they would expose their evidence to a public airing and subject their witnesses to cross-examination,” Mark Geragos told USA Today. “What is unexpected however, is the prosecutorial overkill in charging 16 separate counts against Jussie.

“This redundant and vindictive indictment is nothing more than a desperate attempt to make headlines in order to distract from the internal investigation launched to investigate the outrageous leaking of false information by the Chicago Police Department and the shameless and illegal invasion of Jussie’s privacy in tampering with his medical records.