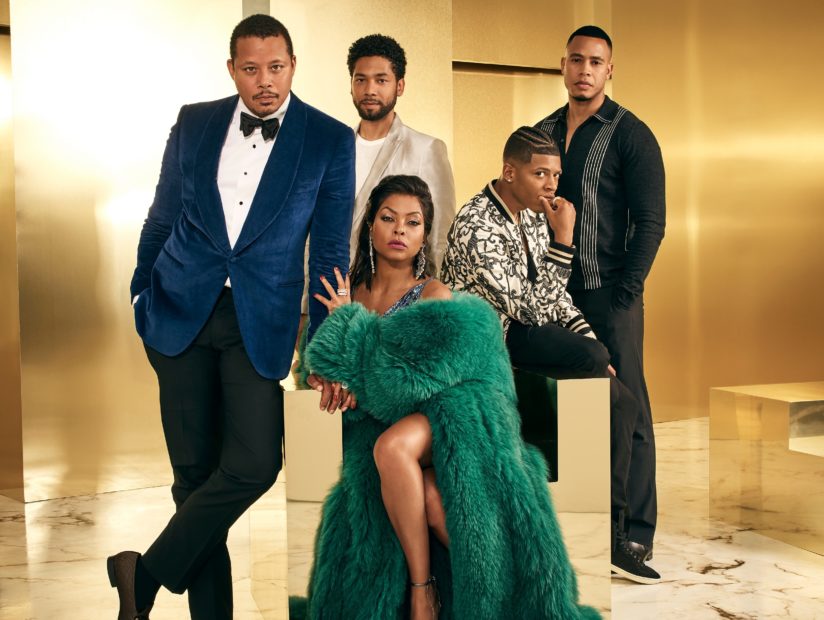 Six members of the Empire cast, including Terrence Howard and Taraji P Henson, are pleading with the show’s creators to bring disgraced co-star Jussie Smollett back.

Although some of the cast initially withdrew their social media support in the wake of the controversy, they are now a “united front” and “are confident in his lawyer’s assurance that the case was dismissed because it would not have prevailed.”

They added, “It’s clearer every day that the extreme political climate in our country has only made our system of justice and the court of public opinion more unjust.”

Smollett was accused — and ultimately exonerated — of staging his own hate-fueled attack. He claimed two MAGA racists tied a noose around his neck and poured a substance believed to be bleach all over him during the January incident.

As investigators probed his story, they determined he was the mastermind behind the whole thing and was arrested. But last month, Chicago prosecutors decided to drop all 16 felony charges against Smollet, shocking everybody.

During a New York City morning show on Wednesday (April 24), Empire co-creator Lee Daniels said the fate of Smollett on the FOX hit is “in discussions” right now.

Read the entire letter below.

Together, as a united front, we stand with Jussie Smollett and ask that our co-star, brother and friend be brought back for our sixth season of Empire.

We understand the past months have been difficult to process—sometimes the headlines brought more confusion than clarity, yet we now have a conclusion to this ordeal. Throughout Empire’s five seasons working with Jussie and watching how he has conducted himself throughout this traumatic event, we have come to know not just the character Jussie portrays, but also truly come to know Jussie’s personal character. He is kind. He is compassionate. He is honest and above all he is filled with integrity. He is also innocent and no longer subject to legal uncertainty with the criminal charges against him having been dropped. We are confident in his lawyer’s assurance that the case was dismissed because it would not have prevailed.

Jussie has shown us on and off the set who he really is as a leader. In addition to being a caring friend and cast member who treats every crew member with love and respect, he has spent time with our families and individually supported each of us. These recent and detailed letters from The Black AIDS Institute, the Rainbow Push Coalition and the City Lights Orchestra shine a light on his commitment to true community service. Just a few months ago, Jussie partnered with the Trevor Project to provide support to their volunteer program that allows LGBTQ youth in crisis access to vital counseling services. Prior to that, he gave every cent from his sold out world tour to numerous charities. He has adopted a school in Chicago, taught songwriting to incarcerated youth at the Cook County Jail last year and bought the family of Kayden Kinckle, a six-year-old, double amputee, a wheelchair accessible van due to his school district not having a wheelchair accessible school bus. He has traveled to South Africa for service as well as to Jamaica to quietly meet about the safety of LGBTQ youth. This was all done without posturing, the need for attention or even discussion.

This is the Jussie we know.

It’s clearer every day that the extreme political climate in our country has only made our system of justice and the court of public opinion more unjust.

It is why now, more than ever, we must stand together as a family. A family is there for us in good times and bad. It can cut through the noise and confusion to understand that there is a person in the center of all this who deserves nothing more than to move forward with his life. We understand that this show is a business. And that business matters to us as well. We are confident our fans will welcome our “Jamal” back into the Empire family as enthusiastically as we will.

That is why we write today to ask you to keep Jussie on the cast so that we can all put this behind us and move forward. Thank you for taking time to hear us. It’s our hope that together we will move into our sixth season as the entire Empire family should.