Kari Faux's Movement Is Now Being Empowered Through Her MVMT Entrepreneurship 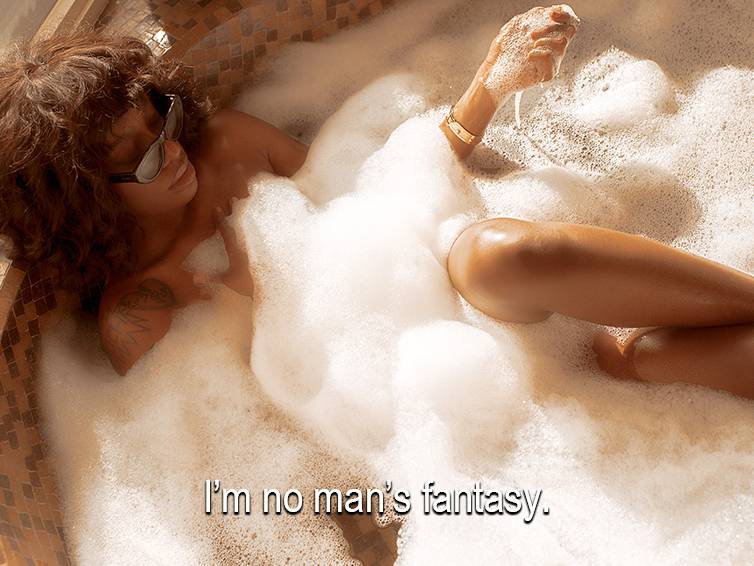 Los Angeles, CA – Hip Hop and fashion have gone hand-in-hand since time immemorial. From the days of April Walker designing her proprietary Walker Wear clothing for the likes of The Notorious B.I.G., to RUN-DMC and LL Cool J single-handedly putting Kangol on the map in the early 1980s, the two industries have influenced one another for as long as they’ve each been in existence.

From time to time, however, Hip Hop and fashion join forces for a purpose. And such is the case with the MVMT brand and its newest spokesperson, Kari Faux, an indie Hip Hop fusion artist whose career has risen, quickly, thanks to both a co-sign from Donald Glover/Childish Gambino and a raw, no-holds-barred musical sound.

“​Their team reached out with the concept and asked for lyrics I thought fit the theme,” she told HipHopDX exclusively. “​After our first meeting, I was drawn to the company’s go-get-it mentality which I could relate to. As an artist, I’m always creating opportunities for myself. [There are] things I want to achieve, that I haven’t yet. But, I’m making progress every day.”

MVMT Femme Fatale​ celebrates the power of femininity by spotlighting women who inspire the brand, in collaboration with the release of their 2019 sunglass line. Redefining the age-old trope of the​ femme fatale​, these female forces captivate and seduce the world through their art, intellect, and ambition.

“Femme Fatale​ is an attitude. It’s how we move through a room and command space. It’s in the strength of our spines and the beauty of our art and the grit in our walk. It’s how our stories impact the world and how the world impacts our stories. Uninhibited. Unfiltered. Unstoppable,” said MVMT in a statement.

And if there’s one word that can be used to describe Kari Faux, it’s “unfiltered.” Her recent EP, CRY 4 HELP, has been universally lauded for its raw exploration of her troubled childhood and teenage years, and some of her lyrics — “Gahdamn, I’m the motherfucking shit” and “I’m no man’s fantasy” — were incorporated into the campaign, too.

But that wasn’t always the case for the Los Angeles-by-way-of-Little Rock native. In fact, Kari said that she was proud to be able to open up in such a raw, honest way for the first time in her career. “For a long time, I kept my personal life out of my music. I didn’t want to be vulnerable,” she said. “That got me this far, but as an artist, I want to continue to push myself and not hold back. I want to share more of myself through my music and empower those listening. I think it’s good to acknowledge how you feel (both highs and lows). Other times you just gotta flex and say “Gahdamn, I’m the motherfucking shit.”

💥Style of the day💥 Our ‘Chrono – Gunmetal’. Tap to shop. #jointhemvmt (📷:@whatmyboyfriendwore)

Kari, who will be going on tour next month, says that she only wants to work with brands that inspire her, as an artist.

And for this reason, she was most attracted to MVMT Femme Fatale’s empowering message, and ultimately decided to work with them after they shared their empowering message with her. “I want girls to know they’re capable of doing whatever they want to do. Growing up, I didn’t have many role models to look up to. Now I feel like I am that person, making that little girl proud,” she said.