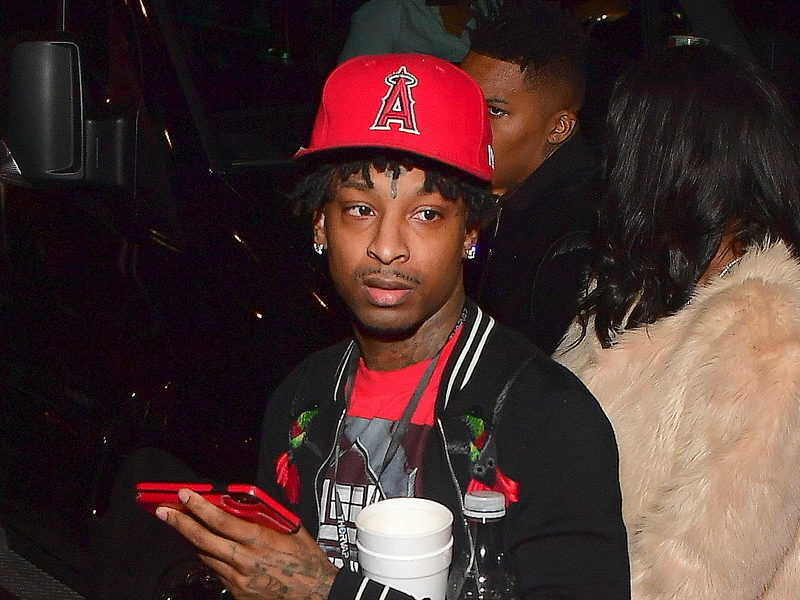 Alpharetta, GA – The United States Immigration and Customs Enforcement’s arrest of 21 Savage shocked fans by revealing he was actually a British native. In a new interview with the New York Times’ Jon Caramanica, 21 opened up about coming to the U.S. as a child and recently being detained by ICE for more than a week.

The Epic Records artist confirmed he had a British accent as a young kid and was teased for it once he started school in the U.S. 21 said he wasn’t sure when or how he lost it.

“I had a accent, ’cause my first day of school they was making fun of me so I beat somebody up, and they was calling me ‘taekwondo kid,'” he explained. “My mama whupped me, she made me stay in the house. So I know I had a accent, but I been here 20 years — I don’t know what happened to it.”

21 spoke on some of the more serious realities of his life too, such as when he first learned his immigration status was unsettled and what he was thinking about while being detained by ICE. But 21 also touched on the many memes that circulated after he was revealed to be British.

The Atlanta-repping artist surprisingly said he was “appreciative” of the memes. He even admitted to being entertained by some of them.

“Some of them was funny — I ain’t gonna lie,” he noted. “I was appreciative of that. I coulda been another person who just, ‘He locked up? Damn,’ and nobody said nothing. Some people, I see why they was mad. It ain’t about the meme, it’s about the bigger picture.

“But I done been through way worse things in my life than somebody putting me on a meme. I been shot — what is a meme? A meme is nothing. That’s something on the internet that I can do like this [turns over phone] and never see again. I look at bullet scars every day, so it’s like, a meme, bro?”