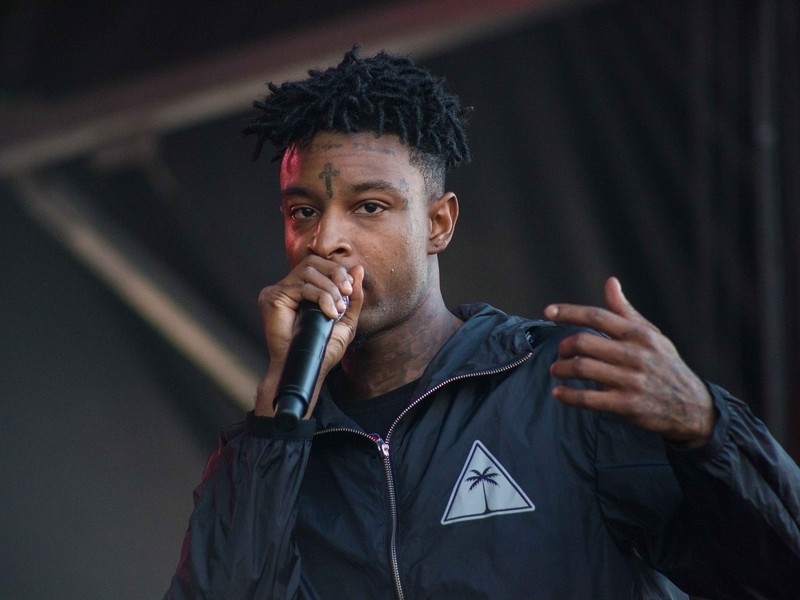 The Hip Hop community was blindsided when 21 Savage was arrested by ICE officials on Sunday morning (February 3). The platinum-selling rapper allegedly isn’t from Atlanta as led to believe.

According to a statement from ICE, the 26-year-old is actually from the U.K. and has been in the United States illegally since 2006.

Naturally, Twitter exploded with hilarious reactions to the news. Many were in complete shock he’s been fronting for so long, while some were just using his precarious situation for good laugh.

It’s currently unclear if 21 Savage will actually be deported, but in the meantime, check out some of the best reactions below.

Whole time we thought 21 Savage was from Zone 6 and this man really from Zone 9 and 3 quarters pic.twitter.com/jIchkFq1mI

21 savage had a 12 car garage to fit this in there ? pic.twitter.com/WrSkaZv56r

21 Savage rolling up to the club pic.twitter.com/EFkimMHnbe

What 21 Savage means when he says he got shooters pic.twitter.com/EEMbzMYxmf

Someone said if 21 Savage is from the UK why he don’t rap with a Peppa Pig Accent pic.twitter.com/z0PVrUZyrq

21 SAVAGE when ICE arrested him pic.twitter.com/YZqVxDgFWJ

21 Savage showed us the true him we just refused to see it…pic.twitter.com/P6m3B67EQ7

21 savage when he has to say chips instead of crisps pic.twitter.com/c4s8BbJlKc

You’re telling me, 21 Savage has been in America since he was 13, and it is now 14 years later and he’s just being caught? Three kids, a rap career, all over tv, hiding a British accent, and made up a story about growing up in Zone 6???

21 Savage is an IMMIGRANT!

Red Opps by 21 savage got a whole new meaning pic.twitter.com/X8azH4QB64

21 savage not from zone 6? pic.twitter.com/dEMppH8LJd

this was how 21 savage was pulling up pic.twitter.com/zRNHftLH0S

Ice Agent: Do you have citizenship paperwork to be in the US ?

Ice Agent: Do you have citizenship paperwork to be in the US ?