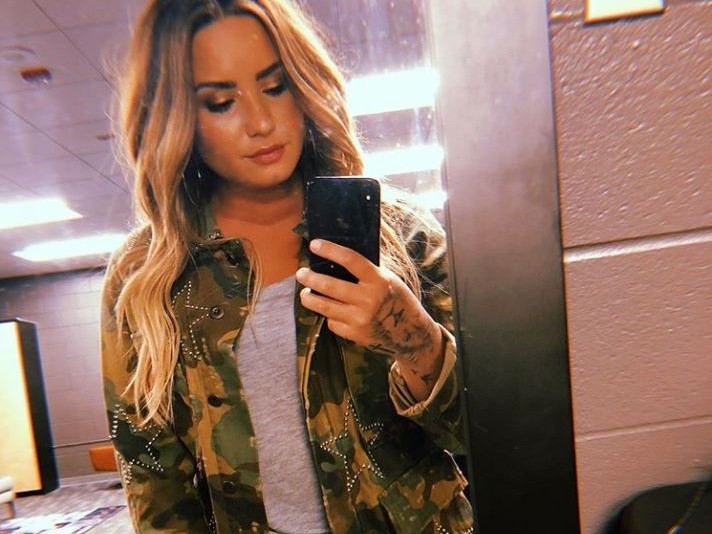 Demi Lovato landed herself in hot water following tweets directed at 21 Savage who had reportedly just been detained by ICE and possibly facing deportation for not being a US citizen.

According to TMZ, the Atlanta rapper was taken into custody Sunday morning in wake of Super Bowl LIII.

He is accused of entering the United States back in 2005 on a visa and never leaving once it expired in 2006. He is believed to have been born in the Caribbean island of Dominica, a territory of the United Kingdom.

During The Big Game (which was dubbed “boring” even by other professional athletes) took to her Twitter page and tweeted the following meme regarding the news of his arrest.

Lovato has been subjected to her own memes by internet trolls following a reported drug overdose that almost took her life in July of 2018. Fans who were not pleased by her tweet directed at Savage quickly reminded of her past mistakes.

@DemiLovato your favorite wrestling move is the Rock Bottom Lmaooo

Demi then attempted to clap back at those making fun of her past drug addiction.

Wale (who was supportive during her time of turmoil) and Offset chimed in, responding to Demi’s tweets stating someone’s freedom was no joking matter.

Why is somebody freedom funny … I don’t get the joke https://t.co/Eyf4clympS

21’s manager, Kei Henderson also responded to Lovato while revealing that Savage had wished for her to pull through while she was recovering from her overdose.

Damn. We was def Demi Lovato fans. When she was going through her shit I remember being on the tour bus and Savage said I hope she make it through that shit. People r weird bro.

Check out her response below.