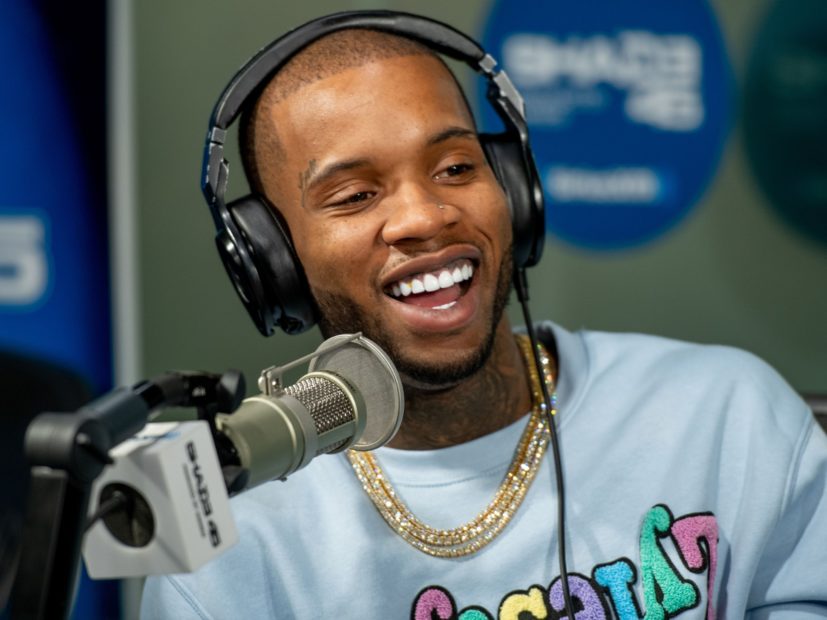 Tory Lanez ignited a wave of controversy when he claimed he was the “best rapper alive” last week. After Don Q fired off the “I’m Not Joyner” diss track over the weekend, the Canadian MC responded with “Don Queen.”

Prior to unleashing the song, Lanez hopped on an Instagram Live session with DJ Akademiks and claimed he was going to outrap all of Dreamville Records’ artists. Why? He wants to get to Dreamville’s head honcho, J. Cole.

“The only thing I’m gonna say about that Dreamville situation is this … I’ll take the whole Dreamville out by myself and if I do that, then you gotta give me Cole,” he says in the clip. “That’s all I’m saying. I’ll take the J.I.D, that Bas nigga, that Cozz dude …

“I don’t give a fuck what they do. I’ll take all three of them niggas by myself. Niggas can’t even be mad at me. I had to go to the underboss before the boss. You gotta rap now. That’s all it takes.”

Tory Lanez Issues A Decree To J.Cole’s Dreamville Records Lineup‼️ Do you think he can take out J.I.D, Bas, Cole, and Earthgang?

Don Q wasn’t the only rapper to fire off a few shots at Lanez. Former Dipset member J.R. Writer also took aim at Lanez with “Head Shot” on Saturday (January 26).

Last November, Lanez’s unbridled confidence wrangled Joyner Lucas into a lighthearted battle as well. The two traded diss tracks for the better part of a week, culminating with Joyner’s “ZeZe” cut. They ultimately laid their grievances to rest.