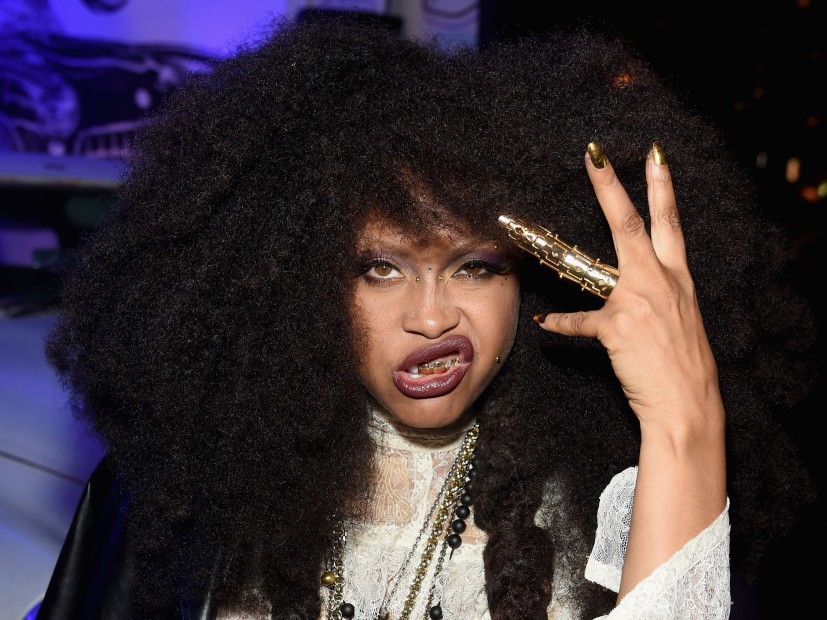 Erykah Badu has responded to the backlash she faced on Twitter after appearing to defend R. Kelly during a recent Chicago concert. On Sunday (January 20), the tenured neo-soul artist jumped on the social media platform to explain her side of the story.

She made sure to note she absolutely doesn’t stand behind anyone’s “poor choices.”

“I love you. Unconditionally,” she wrote. “That doesn’t mean I support your poor choices. I want healing for you and anyone you have hurt as a result of you being hurt. Is that strange to you? That’s all I’ve ever said. Anything else has been fabricated or taken out of context.”

I love you. Unconditionally.
That doesn’t mean I support your poor choices.
I want healing for you and anyone you have hurt as a result of you being hurt. Is that strange to you ?
That’s all I’ve ever said. Anything else has been fabricated or taken out of context. – eb

Several concertgoers accused Ms. Badu of siding with Kelly after she told the crowd, “What if one of the people who was assaulted by R. Kelly becomes an offender? We gonna crucify them too?”

What’d y’all say? Fuck him? That’s not love. That’s not unconditional love. But what if one of the people who was assaulted by R. Kelly … We gonna crucify them too?”

Auntie @fatbellybella we understand your point of view and you’re not raising monsters. Your belief is simple love, unconditional love. It’s not meant to be perceived as you taking his side. I think that’s the misconception, you’re obviously not condoning his behavior. pic.twitter.com/6XWGIf4Ku4

Despite her explanation, Badu is still being subjected to the wrath of Twitter. Many people are now suggesting she’s “victim blaming” and that it’s a lot more than “poor choices.”

Reducing decades of abuses and violence to poor choices is where you’re misstepping. Responding to such devastating circumstances requires a great amount of discernment and depth. I see where you’re coming from to an extent, not sure why ur loving on him instead of his prey.

No amount of sage could stop Erykah Badu’s audience from getting riled up during a recent show at Chicago’s Aragon Ballroom. On Saturday night (January 19), the neo-soul goddess was accused of blatantly defending R. Kelly and making excuses for his predatory behavior.

According to one concertgoer, Badu said, “What if one of the people who was assaulted by R Kelly becomes an offender? We gonna crucify them too?”

“what if one of the people who was assaulted by R Kelly becomes an offender? we gonna crucify them too?” -erykah badu at her chicago concert

Another attendee claimed Badu told the crowd to keep their opinion to themselves, while another was “so disappointed” Badu stood up for the disgraced R&B star.

Erykah Badu came to Chicago and told us all she finna love R Kelly anyway & we can keep our opinion to ourselves. Mad disrespectful to our city and a shitty use of her platform. Crusty ass bitch.

I really want to say how much i loved Erykah Badu’s concert tonight.

But i can’t get over how she tried to justify and defend R. Kelly’s actions and reputation during her set… I’m so disappointed…

Last week, Badu left a cryptic caption on one of her Instagram posts.

“‘Having Eyes that can see all points of view is a blessing … and a curse in the court of public opinion. ‘ – a mother I C on both sides like Chanel,” she wrote.

It wasn’t immediately clear what she was referring to until she responded to someone condemning her for approaching the Kelly situation with compassion.

“I loved you until I realised you supported a rapist and pedophile as your brother,” one follower replied, to which Badu said, “Correction, love has little to do with supporting others’ bad choices. Love is wisdom.”

“Having Eyes that can see all points of view is a blessing … and a curse in the court of public opinion. “- a mother I C on both sides like Chanel.

While everyone is entitled to their opinion, Badu has been under fire before for her inflammatory comments. In an interview with Vulture last January, she stirred up controversy after she appeared to express sympathy for Adolf Hitler, XXXTENTACION and Bill Cosby. She eventually recognized her comments, while taken out of context, were deplorable.

“People are in real pain,” she wrote. “So I understand why my ‘good’ intent was misconstrued as ‘bad’. In trying to express a point, I used 1 of the worst examples possible, Not to support the cruel actions of an unwell, psychopathic Adolf Hitler, but to only exaggerate a show of compassion.”

She later added, “Either U read the entire VULTURE interview & U understood the message of compassion CLEARLY. OR U only read the selective, out of context Headlines, & were drawn in2 the whirlpool of collective emotional grief. I don’t want 2 force U 2understand the way I love. I’m hopeful tho.”

Needless to say, there are plenty of folks on Twitter declaring Ms. Badu has officially been canceled.

It hurts me to say this but…

Let’s not forget Erykah Badu was all for victim blaming young girls for grown men not being able to control their fucking eyes. I see exactly why she sides with R Kelly. She been let us knew her thoughts ? pic.twitter.com/UjLGhJDj7A

Erykah Badu on R Kelly ( along with all her other problematic opinions) I just….. pic.twitter.com/9IlKamGZyh

A 14 yr old girl was on video being pissed on Erykah! A 14 yr old girl! FFS are you fckin R Kelly? Black girls were/are being harmed by this man and you have the nerve to still support him? You don't care about your own ppl at all. @fatbellybella

So Erykah Badu was defending her love for R. Kelly at a Chicago concert last night and got boo'ed? pic.twitter.com/XT4G2QLkLU

Erykah Badu brought the that R.Kelly is from Chicago. Everyone immediately started Booing when she said his name( Including me)

I had tickets to see Erykah Badu in Chicago. I found something else to do. Apparently she’s an R Kelly apologist. Sigh… ? pic.twitter.com/wO0Mh5VfQ6

@fatbellybella there are times in life when you should have the wisdom to keep quiet. That concert in Chicago last night was one of them. You’re super conscious & everything but this move was less than smart. R Kelly has been on people’s ? list for a while now and #ErykahBadu

I cancelled Erykah Badu when she said she finds empathy in Hilter and Bill Cosby. She been caping for abusers for a while now ??

Erykah Badu came to that concert last night thinking that since she in Chicago we was behind R kelly and it was the most awkward shit I seen in a minute.

Erykah Badu was in Chicago for her performance and defended R Kelly and his pedophilia. ???? https://t.co/qeZPIBTFZP