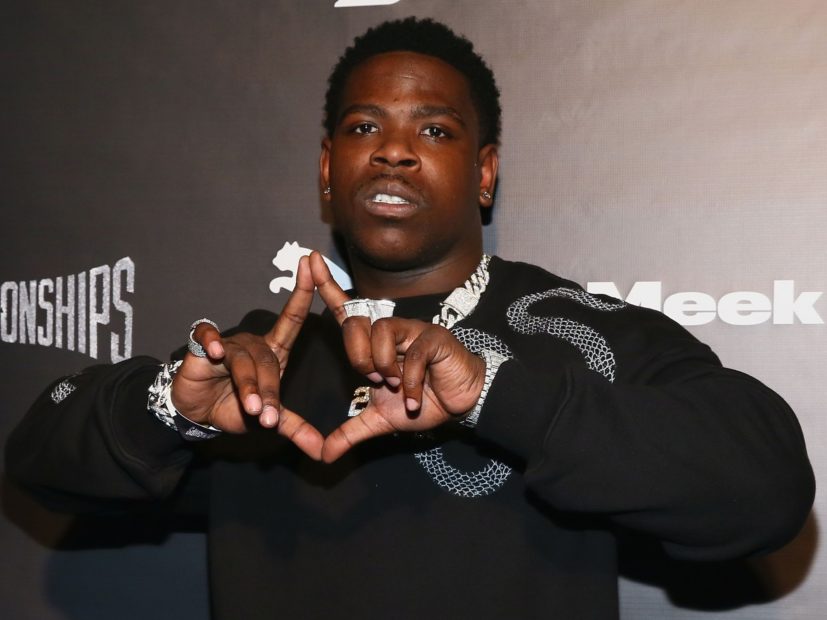 New York, NY – As Soulja Boy continued his colorful press run this week, he got a little more than he bargained for when he ran into Casanova at Sirius XM. On Thursday (January 17), the two rappers crossed paths and Cas immediately let him know he had an issue with how Big Soulja treated a woman at the radio station.

“You screamed at a lady,” Cas said. “You bugging the fuck out, homie. You got shit all over your face. Are you bugging out? You high? You smacked?”

Although Soulja tried to explain he just smokes weed, Casanova wasn’t hearing it.

“I’m not talkin’ bout no drugs,” he said. “I’m telling you, you high on weed. You don’t see how she ran ran out? Females, homie. Females!”

Soulja replied, “You don’t understand how they was treatin’ me. If they females, then she need to talk like a female. If she female, why she talkin’ like a gansgta?”

Cas snapped back, “What, you gonna hit the female? A’ight, so why you scared of a female? You supposed to be on a big major platform.”

? EXCLUSIVE VIA @LEVELUPCEO ? YALL HEARD IT HERE FIRST!! @CASANOVA_2X RAN INTO BIG @SOULJABOY & HAD TO CHECK HIM FOR DISRESPECTING SOME FEMALES OVER AT SIRIUS XM …. THIS GUY CAS SAID YOU GOT SH!T ALL OVER YOUR FACE ??? SOULJA TRYNA STOP CAS FROM VIOLATING HIS BODYGUARD ? THOUGHTS?!

From there, Casanova and Soulja continued arguing while backed by their respective crews. It escalated another level when Cas took aim at Soulja’s bodyguard and told him he was being “extra.” While there’s no evidence of any type of physical altercation, it’s unclear what happened after they exchanged words.

Last August, Casanova was also accused of disrespecting a woman when he allegedly attacked Niya Rucker and stole her cell phone for filming him at a New York City diner.

As a result, a warrant was issued and Casanova eventually turned himself into authorities. He was arrested on robbery charges and indicted last October. His attorney Scott Leeman insisted his client is innocent.