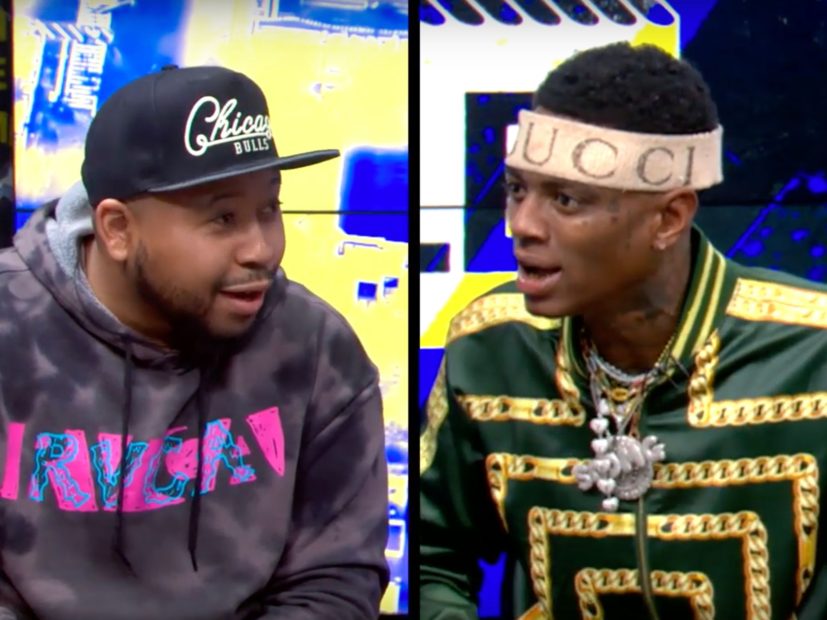 After the hosting trio took great joy in picking apart the “Crank That” rapper’s viral Breakfast Club interview (just like the rest of the world), Soulja Boy began the show on a tear; firmly defending his name and claims, and even doing his fair share of berating towards DJ Akademiks.

The most sensational confrontation came at the tail end of the 53-minute conversation when Soulja Boy bragged about his goon stock and growled, “Y’all know what’s up with me, nigga. 50 shooters in Atlanta, nigga. Stop playing with me, fuck nigga.”

Before Ak could murmur out a rebuttal, Soulja Boy accused him of being instrumental in Tekashi 6ix9ine’s prison downfall.

“Free 6ix9ine, bro!” he exclaimed. “You played with that man. You were supposed to his homie, bro. You ain’t have that man back, bro. Why that nigga sitting in jail right now? Why you ain’t give him no advice? Why you ain’t look at him, bro?”

Ak tried to make the comparison on how he equally offered Soulja Boy advice for his own legal troubles but his distinguished guest wasn’t trying to hear any of it.

“But Ak, he’s not going to learn — he in the Feds,” Soulja Boy explained. “Racketeering charges. This not no Draco where you can get a lawyer and get probation. This is real time. That man can lose his whole life. [And] you were the closest nigga to him, bro. Y’all was on social media playing and joking and shit — that shit hurt me and I didn’t even know holmes. You didn’t even know me and you DM’ed me, giving me advice telling me to put my guns down. [6ix9ine] is your right-hand man. You supposed to make sure that didn’t happen. You could’ve prevented that!”

While Akademiks didn’t shy away from his involvement in making the incarcerated rap star’s buzz that much bigger, he assured Soulja Boy he did everything in his power to make 6ix9ine listen to reason. He cited 6ix9ine’s own admission that advice never graciously presented itself his life before the fame so it was his way above all.

Watch the animated Soulja Boy Everyday Struggle down below.