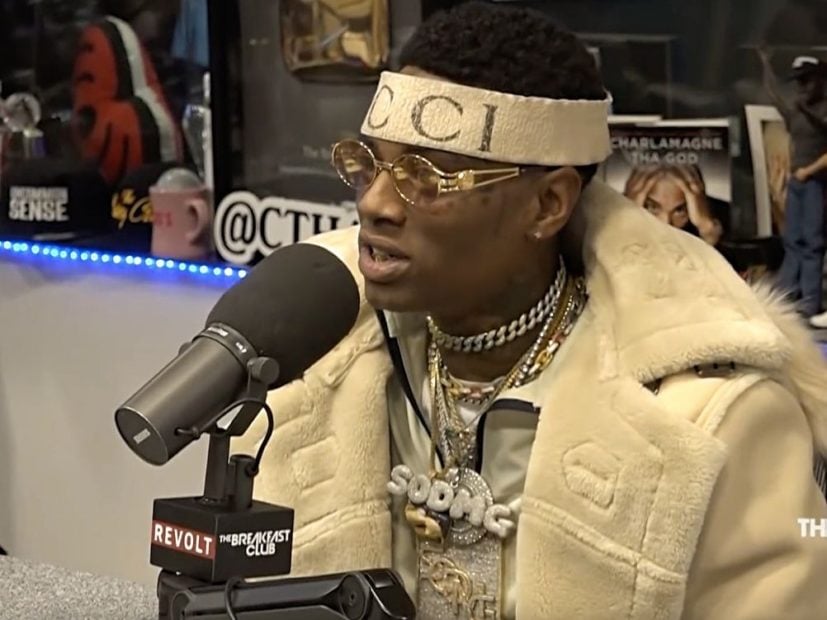 Soulja Boy Says He Taught Drake Everything He Knows

The always colorful Soulja Boy was a recent guest on The Breakfast Club where he chopped it up with Charlamagne Tha God, DJ Envy and Angela Yee. During their conversation, Soulja asks Envy why he thinks Meek Mill had a bigger comeback in 2018 than he did.

Envy replies, “Because he was locked up …”

Soulja snaps, “I was locked up too nigga! Meek Mill didn’t beef with Chris Brown and was finna to box Floyd Mayweather.”

Once Envy reminds him Meek beefed with Drake, Soulja gets up and walks away from the microphone, noticeably agitated. He ultimately claims he is the reason Drake exists.

“Drake? The nigga that got bodied by Pusha T?” he says. “The nigga that was hiding his kid from the world, but the world wasn’t hiding from the kid? Drake!? Y’all niggas betta stop playin’ in here.

“Stop playin’ like I didn’t teach Drake everything he knows [starts singing Drake’s ‘Miss Me’].  That’s Souja! That’s my bar! He copy my whole fuckin’ flow! Word-for-word. Bar-for-bar. Don’t act like I didn’t make Drake. Don’t do that.”

#souljaboy says he taught #drake everything he knows ?>> what do you guys think? pic.twitter.com/d3F6nBAsOV

Elsewhere in the interview, Soulja insists he’s responsible for the new generation of rappers’ record deals.

“I have plenty of No. 1s,” he says. “I started this internet. I started the wave. I’m the reason why these new artists are getting signed. I’m the reason there’s a Lil Pump. I discovered Chief Keef. I’m the first big artist to work with Lil B, Chief Keef, RiFF RAFF, anybody. Any of these artists that are hot right now.”

This is all within the first 10 minutes of their conversation. Later, Soulja weighs in on Kanye West’s support of Donald Trump, opens up about his friendship with Migos and mocks Tyga.