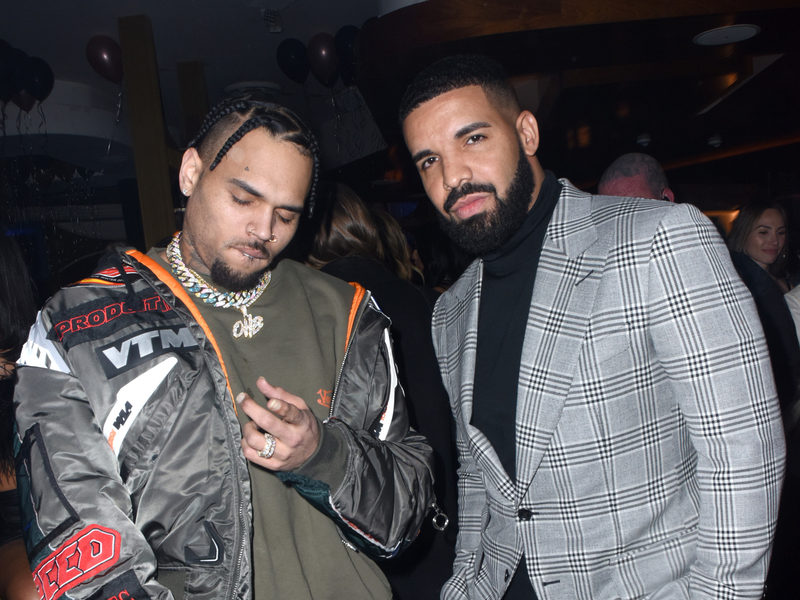 Drake and one-time archrival Chris Brown were spotted hanging out at Drizzy’s star-studded New Year’s Eve party in West Hollywood. The OVO boss uploaded a photo recap of his lavish affair on Instagram, capturing a few moments of the two music superstars getting lit and snapping flicks together.

Despite their chaotic history of being friends and foes, Drake and Breezy’s union seems to be more solid than one would ever expect. The photo’s caption alludes to a possible musical reunion in the near future.

Drizzy and Brown have had a long history of both feuding and working together. In 2012, the two were involved in a bar brawl that left Breezy with a nasty gash on his cheek.

In 2014, the two reconnected on better terms when Brown was featured alongside Drake and Lil Wayne on Nicki Minaj’s song “Only.” However, Brown called Drake a “corny singing rapper” in an interview with The Breakfast Club in 2015.

This is not a fan edit ?Last time I was on stage with Breezy was 2009 at Virginia Commonwealth University…tonight I got to reconnect with him for the first night at Staples! I love a good full circle moment. Thank you.

Last year, Drake and Brown finally buried the hatchet during the former’s blockbuster Aubrey and The Three Migos tour in Los Angeles. The hitmakers have stayed on good terms since then, setting the stage for Breezy to attend Champagne Papi’s party.