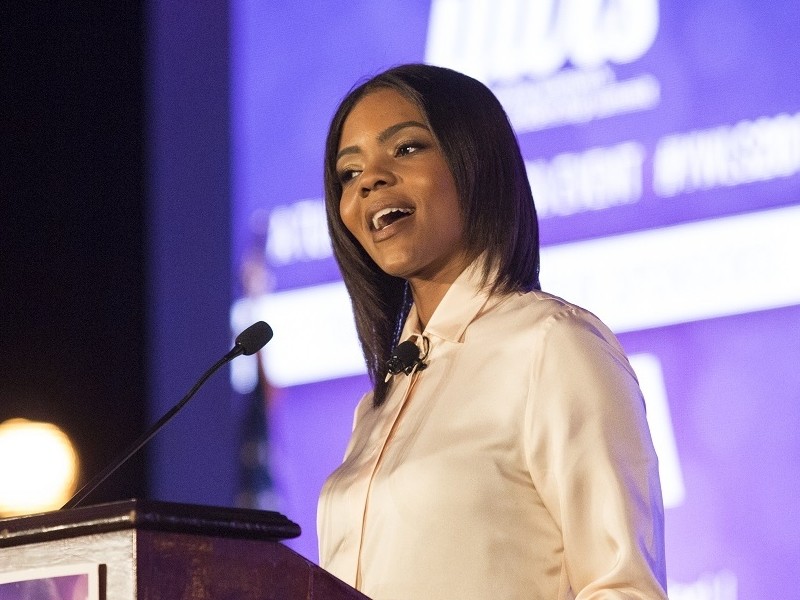 Candace Owens has apologized to Kanye West in a blog post after Yeezy said he felt used by the conservative commentator to promote her “Blexit” campaign.

On Tuesday (October 30), the G.O.O.D. Music founder denied making the logo for Owens’ crusade to get black voters to leave the Democratic Party. He also declared he’d be distancing himself from politics due to her actions.

In her apology, Owens claimed she never said Kanye designed “Blexit” t-shirts. But, she didn’t clarify her recent comments about him creating the logo.

“I never once said that Kanye designed the t-shirts for BLEXIT,” she wrote. “This is a lie that seems to have made its way around the world; a lie I would like to again correct for the record. Kanye was completely right to feel used in that regard and as I have done personally, I would like to publicly apologize to him for any undue stress or pain the effort to correct that rumor has caused him, his business relationships, or his family. He simply never designed them.”

Owens’ denial of attaching Kanye’s name to the t-shirts skates around her own words in a recent speech, which explicitly said he created the “Blexit” logo and colors. Video of the speech is available on the Twitter account of far-right website Breitbart News. Owens’ remarks about Kanye’s key role in the “Blexit” merch begin just over a minute into the above clip.

“Blexit is a renaissance and I am blessed to say that this logo, these colors, were created by my dear friend and fellow superhero Kanye West,” she said while holding a hat promoting the campaign. “[Kanye] has taken one of the boldest steps in America to open a conversation that we have needed to have.”

I introduced Candace to the person who made the logo and they didn’t want their name on it so she used mine. I never wanted any association with Blexit. I have nothing to do with it.

.@KanyeWest designed these “Blexit” t-shirts for @RealCandaceO’s new “Blexit” movement. They were handed out at #YBLS2018 pic.twitter.com/fh4IT6lVut