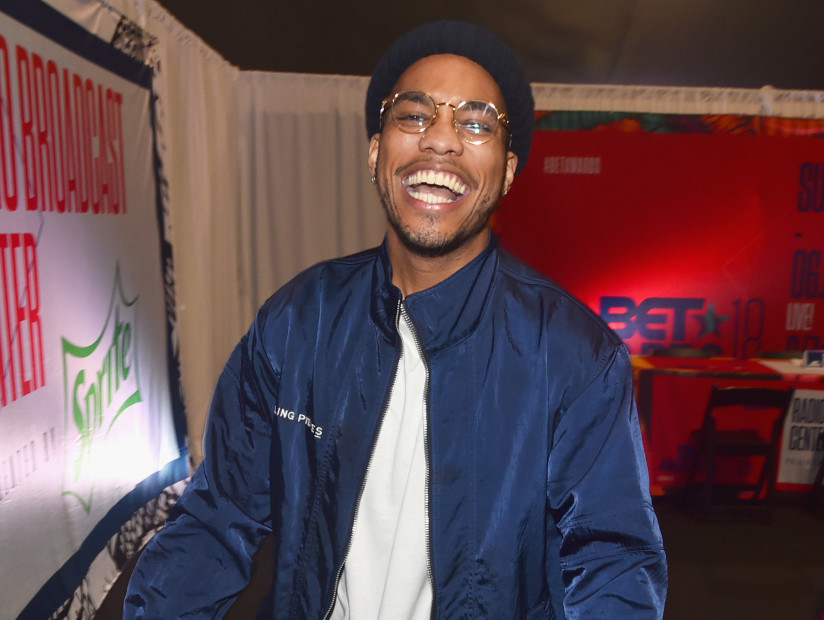 Los Angeles, CA – With his album Oxnard finally finished, Anderson .Paak took to Instagram to hype fans up with an image of himself flanked by two of the genre most iconic producers, Q-Tip his boss, Dr. Dre, and some rapper by the name of Kendrick Lamar.

Take a second to appreciate what’s happening around you…#Oxnard

“Take a second to appreciate what’s happening around you,” he wrote as an image caption — adding a hashtag with the album name. Though the images itself doesn’t conclusively suggest that Tip and Dre were both feverishly working the boards for Oxnard (which would be a fantastic feat for longtime fans), a collaboration between the three on this LP isn’t that hard to imagine.

This past weekend, Andy shared a photo op of him and Kung Fu Kenny, which was tagged with album’s release date of October 4 and alluding to the fact that he too will appear on the highly anticipated album.

Back in January of 2017, he chatted with Pharrell Williams and Scott Verner on their OTHERtone Beats 1 radio show, detailing not only the experience of working with Dre on Compton, but also revealing that he had songs with Q-Tip already in the bag.

He also appeared on A Tribe Called Quest’s final album on the song “Movin Backwards.”

Dr. Dre also posted a shot of Tip and Dre each holding vinyl copies of each other’s classic projects. The two producers have long admired each other work — to the point of actually inspiring each other’s seminal works.

“The bar was set very high,” Tip told Rude Jude and Lord Sear on Shade 45 in a 2012 interview. “Musically, my main thing was Dre. That was like, trying to make something he would like and appreciate in a way. Musically.”

Dre has also noted in the past that The Low End Theory  greatly inspired The Chronic.

We’ll have to wait and see if these images do prove that Tip put in work on Oxnard, or perhaps Dre and Tip collaborating on the ATCQ front man’s long-awaited Last Zulu album.