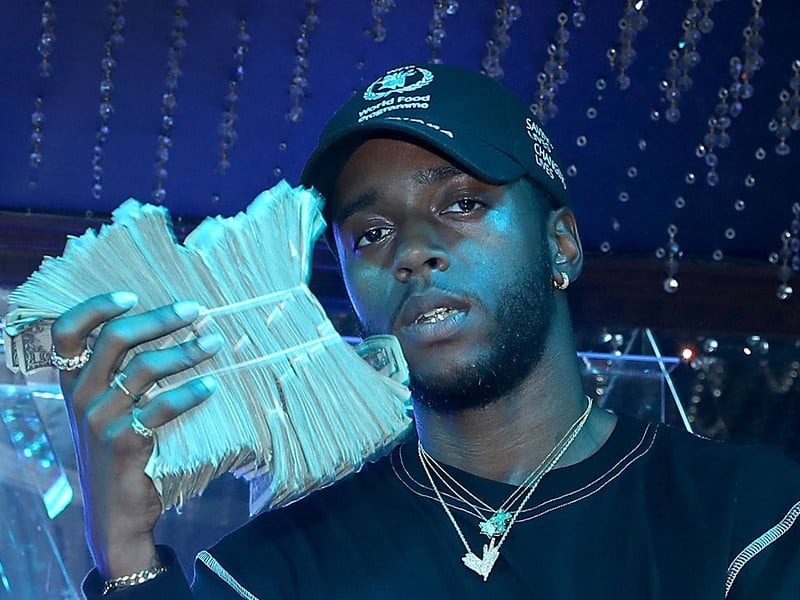 6LACK made a big splash on the latest Billboard 200 chart, securing a No. 3 debut with his sophomore project East Atlanta Love Letter. While Carrie Underwood’s Cry Pretty was the biggest debut of the week at No. 1, 6LACK reached new heights in his career and only trailed Eminem in the Hip Hop category.

As for Slim Shady, his surprise album Kamikaze continued to rack up massive numbers while maintaining the No. 2 spot for the second week in a row. Elsewhere in the Top 5, Drake’s Scorpion and Travis Scott’s Astroworld gave Hip Hop a large presence on the chart.

The other notable debut for the week was YoungBoy Never Broke Again’s 4Respect 4Freedom 4Loyalty 4WhatImportant, which was able to land in the Top 15.

6LACK’s East Atlanta Love Letter skyrocketed past his breakthrough project FREE 6LACK, which peaked at No. 34, by hitting No. 3 in its first week on the chart. The rapping and singing dual threat was able to do so by moving 76,807 total album equivalent units. 20,227 of them came from pure album sales.

Eminem Maintains Hold On No. 2 Spot

Paul McCartney was able to knock Eminem off the top spot last week, but Slim Shady still has lots of traction on the Billboard 200. Em’s Kamikaze remained at No. 2 for the second week in a row, only trailing Carrie Underwood’s Cry Pretty album.

In its third week on the chart, Kamikaze was able to move 102,993 units, 43,545 of which came from pure album sales. While Em’s star power surely played the biggest role in his sales, the ongoing feud with Machine Gun Kelly has provided some extra promo too.

I’m sorry for my mistakes but some shit I’m not sorry for? #IBEENTHAT

Despite being a glorified a compilation of EPs, YoungBoy Never Broke Again’s 4Respect 4Freedom 4Loyalty 4WhatImportant debuted at No. 14 in the latest Billboard 200. The project combined the previously released 4Respect, 4Freedom and 4Loyalty EPs with some new tracks billed as the 4WhatImportant section.

Earlier this month, YoungBoy’s 4Respect was able to peak at No. 19 on its own. His most recent release gives him three Top 20 charting projects in 2018, which includes his major label debut Until Death My Call Name that topped out at No. 7.