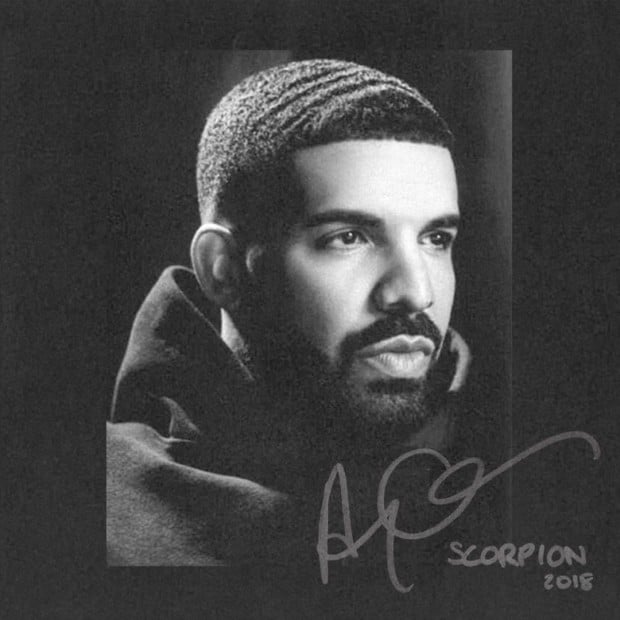 Last year’s spring playlist More Life all but rinsed the bitter taste left by 2016’s inconsistent Views. Where the latter felt overlong and self-serious, the former’s equally sprawling structure was excused due to the fresh new ingredients thrown into the gumbo that is the “6god style.” Drake acknowledged his self-aggrandizing character flaw on More Life closer “Do Not Disturb” and swore that he would try to humble himself before his next album.

On his 11th full-length offering in about as many years, Scorpion is Drake at his moodiest. It operates in song triplets that ebb and flow with purpose, and is at its most riveting when the superstar drops his guard, exhausted by having to smile in the faces of his critics. Everything clicks when the rapping-cum-singing is as sassy as the Apple Music liner notes. 40, Oliver & Drake, (along with superproducer producer’s No I.D.) do a stellar job at packing the album with enough drama for a season’s worth of prestige TV.

But the overall project is hindered by its premise: the double album feels like a box every Hip Hop legend has to check, despite the inevitable damper on the overall quality of the resulting body of work. Life After Death and All Eyez on Me — this is not, despite the drummed up stakes of it all. An embattled Drake, currently engaged in a vicious fight for his reputation in the court of public opinion, often sacrifices good songwriting in order to get off the next viral Twitter moment.

Not to mention a majority of Side A sounds like it was touched up post-”The Story of Adidon.” (“I wasn’t hidin’ my kid from the world/I was hidin’ the world from my kid,” he explains on “Emotionless” or quips “The only deadbeats is whatever beats I been rappin’ to” on the raucous “8 Out of 10.”) In typical Drake fashion, he never sheds his penchant for subliminals but the subs hit hard when the spectacle is being played out on the world’s stage.

For someone who has always paid homage to his influences, being forcibly cast out by raps’ prestige must have felt like the final stab in the back. The Shakespearean plot is inescapable, however, it’s frustrating when diatribes stop short of becoming genuine tell-alls (see the all-too-brief “Survival” intro or fleeting “Is There More?”). For every “Jaded” and “In My Feelings”, where his most unsettling insecurities are reflected by an equally grim and distorted beat, there are a handful of half-baked jams with maddening potential. “That’s How You Feel” is perfect in concept, with a great hook to boot, but the verses are dull and unimaginative; the polar opposite proves true for the Boi-1da collab before it, “Ratchet Happy Birthday.”

As much as we love his deep-rooted love for the genre, the question still remains: how long do we want to hear Drake pulling off other people’s ideas? Because swaggy trap records in “Blue Tint” and “Nonstop” sound like skeletons from Super Slimey or BlocBoy JB sessions, respectively.

It’s a messy self-perpetuating cycle where one can only aim to contribute to more careers than they roadblock.

Thankfully, the crux of this album is a meditation on soul-searching. The DJ Premier-produced “Sandra’s Rose,” the heart of the entire two-disc extravaganza, is a sympathetic portrait of himself that Drake knows he can paint day in and day out. (Amidst a moving passage dedicated to his mother, he even stops to acknowledge: “Niggas want a classic, that’s just ten of these”). And the reliably insightful outro, “March 14th,” Drake once again cops to Pusha T’s strike: “I got an empty crib in my empty crib.”

These interspersed moments of breaking the fourth wall are where Drizzy teases just how poignant this album could have been while hinting at the revelations to come. In the meantime, Scorpion solidifies his universal relatability while yet again supplying fans with an overload of tracks to willingly keep or ditch.