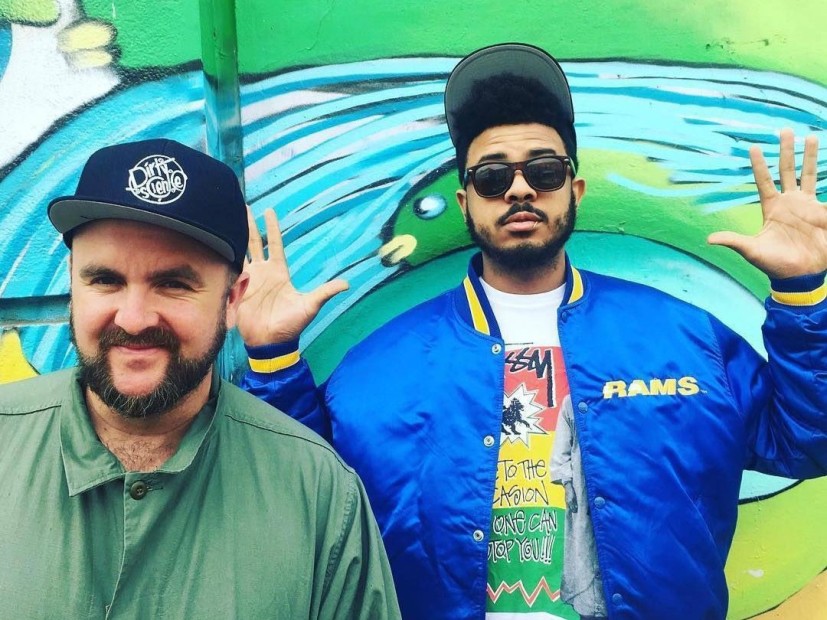 Denver, CO – Red Bull Music teamed up with Colorado’s DJ Low Key for the inaugural Goodness Block Party last weekend, which was held on the 27th and Larimer block of Denver’s Rino District.

As the Red Bull flowed, fans made their way through the various food trucks, merch booths and unavoidable wafts of marijuana smoke to watch the festivities unfold. (Colorado, of course, is all about that sticky icky-icky.)

The stacked bill featured headliner DJ Jazzy Jeff as well as the Goodness Greatness All Star Band, Phonte, Exile, Stro Elliott and TiRon and Ayomari, among others.

But, what attendees didn’t expect was a set featuring both Blu and Exile. The longtime duo formed in 2007 and has pumped out three albums together, including 2017’s In The Beginning: Before The Heavens.

Blu was evidently one of the event’s surprise guests and went on to perform a powerful set backed by the Goodness Greatness All Star Band and, of course, Exile.

Former Little Brother MC Phonte also delivered an incredible set, which was peppered with his captivating singing voice and sharp sense of humor. Even at the Mile High City’s altitude of 5280 feet, he effortlessly performed songs such as “Sweet You” from his recently released project, No News Is Good News.

Stro Elliott, who is part of The Procussions and now plays with The Roots, took the stage and blew the crowd away with his precision on any musical toy he touched.

“This was live,” Elliott told HipHopDX. “It’s always good to see people turn out and have a good time. It couldn’t have been a better lineup with a better group of folks. My man Low Key, who I’ve known for years, helped put this all together with Red Bull or whatever. It’s only right. Good times always.”

By the time Jazzy Jeff walked onstage, the crowd was salivating for more. The revered turntablist’s right-hand man and collaborator Dayne Jordan introduced Jazzy Jeff and kept the energy at an epic level throughout the entire performance.

From Stevie Wonder’s “Superstition” and A Tribe Called Quest’s “Can I Kick It” to his seminal classic with the Fresh Prince “Summertime,” the Magnificent sailed through his electric set.

“Every time it’s a clinic,” Elliott said about Jazzy Jeff. “Every time, I learn something. Every time, I have a good time. Every time, it’s amazing to watch the crowd get excited for who we all know is a legendary DJ.”

Check out upcoming events from Red Bull Music here and visit more footage from the Goodness Block Party below.

“Cheers” is a Denver classic & @CRLCRRLL is the man. Gotta love seeing our guy perform the anthem with the incredible #GoodnessGreatnessBand at last Saturday’s @RedBullMusic x #GDNSS w/@DJLowKey & Friends Block Party. Putting on a lot of our Denver favorites made the whole day extra special. #CRLCRRLL #CheersYou #GoodnessBlockParty #RedBullMusic #GDNSSBlockParty