Review: Blu & Exile's Bronzed With "In The Beginning: Before The Heavens" 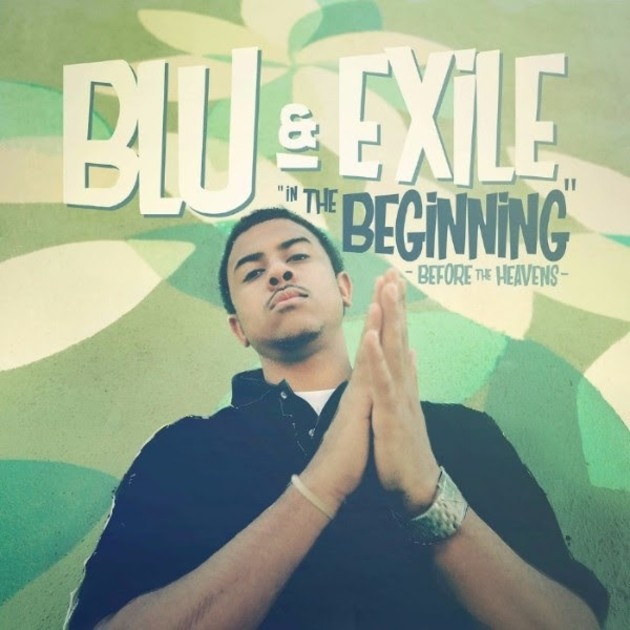 A breath of fresh air at a time when Hip Hop departed from its purest traditions, Blu & Exile’s 2007 debut Below The Heavens took the (internet!) underground by thunderstorm with little-to-no signs of rain. Equally aggressive, melodic and soulful, the universally recognized classic put both the producer and MC on the map thanks to supreme braggadocio alongside introspective tales of post-adolescent determination set in Los Angeles’ beautiful concrete jungle. Coming off of a successful tour run celebrating its 10-year anniversary, In The Beginning: Before The Heavens compiles unearthed material that paints a broader picture of the duo’s recording history.

Approximately six months prior to the release of Below The Heavens, an unofficial version of the album begun to leak online. Early adopters will recall a different (and arguably more cohesive) sequencing than what the world at large heard, not to mention a few songs that were scrapped and left on the cutting room floor for unspecified reasons. In The Beginning resurrects lesser heard moments like the underwhelming ode to lust “Party Of Two,” while posse cut “Life Is a Gamble” has stood the test of time and should go well received by those who missed its initially bootlegged incarnation. “You’re Gonna Die Someday” is another oldie but goodie previously buried within the internet’s nooks and crannies where Exile chooses a rather lighthearted beat for delving into subject matter as heavy as human mortality.

While longtime fans are sure to embrace the idea of unheard Blu & Exile songs, a fair portion of this project consists of lo-fi demos and sketches that don’t quite live up to the group’s official highlight reel. The aptly titled “Back To Basics” is simplistic with its only worthy payoff being audio footage from Sway & King Tech’s Wake Up Show where listeners are given more insight pertaining to Blu’s enigmatic backstory. Having expressly set out to be the catalyst for rebirthing a sound that was all but obsolete during his career’s infancy, “On The Radio” was an impassioned directive that hoped to restore balance, as Blu shouted hero figures such as The Roots, Common and Mos Def who have gone on to flourish within other realms of show business.

At its core, this release allows Blu’s audience to grasp a sense of his musical evolution as he started finding his voice. As an example, the final verse from the gritty slapper “Soul Provider” takes on new life as it was initially heard ending “(So)ul Amazin,” a fan favorite where his vocal delivery was considerably smoother and more polished. “Another Day” finds Blu striving to beat the odds, as he aspired to become the voice of a generation amidst doubting his potential impact as a stalwart. Though he wound up striking a chord with the hearts of many and making it further than many who would possess less talent, drive or luck, fate would take his comrade Aloe Blacc even further as an A-list singer. One of multiple collaborations, “Things We Say” proved their Dirty Science crew to be formidable competition amongst L.A.’s up and comers around the mid to late 2000s prior to the two going divergent paths.

Though a fair portion of song concepts are repetitive, Blu & Exile’s time capsule contains the same raw talent that garnered them props at a time when attention spans were rapidly beginning to decrease.