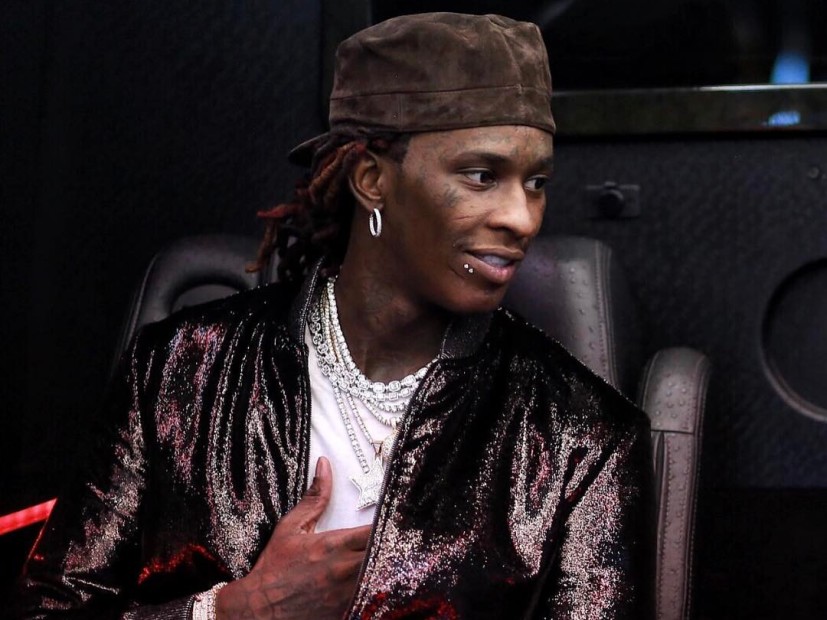 Despite Young Thug‘s ruined Slime Language celebration and birthday, his album is full of bangers including “Tsunami,” which begins both the YSL artist’s album and #DXHitList this week. The Slime boss sings a hook paying homage to his longtime producer Wheezy and Keyyz before getting into opulent raps about his eccentric lifestyle.

Next up, “Free Greedo” by Mozzy and featuring 03 Greedo with production by beat making collective Internet Money. Obviously recorded before the Wolf of Grape Street rapper was incarcerated, Mozzy spits verses in support of Greedo while decrying the American justice system.

Also on our weekly playlist is 24hrs and YG’s new joint “Don’t Mess.” Produced by Yung Berg, the song flips a sample of Nivea’s 2001 hit “Don’t Mess With My Man” to bring warnings shots to anyone thinking about messing with their woman.

The latest #DXHitList also features fresh slaps from Aminé, Guapdad 4000, Bobby Brackins and the legendary Janet Jackson with the Latin-flavored “Made For Now” featuring Daddy Yankee.