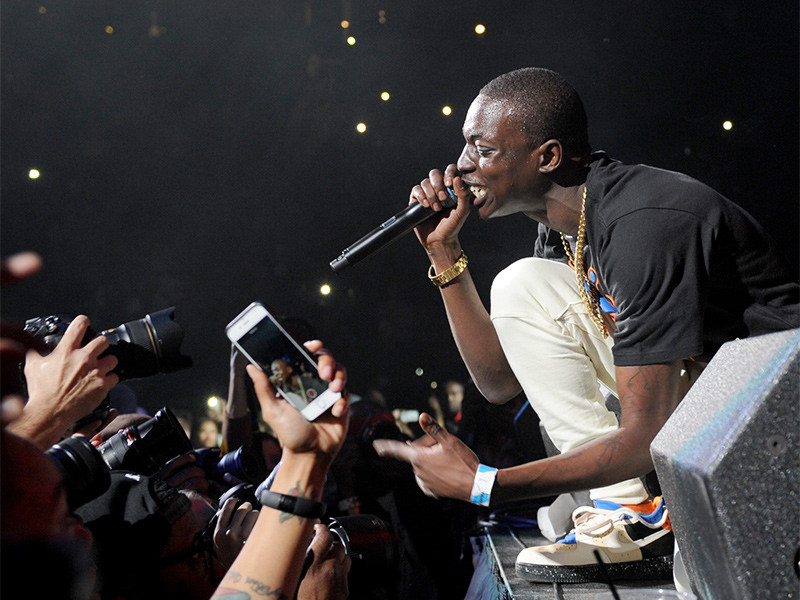 Brooklyn rapper Bobby Shmurda appeared to be in good spirits during a newly released interview with This Is 50. The musician, who is currently behind bars until 2020, spoke on his rumored beef with Tekashi 6ix9ine, his relationship with Migos and more.

In regards to his alleged feud with 6ix9ine, Bobby flat-out stated: “It ain’t no beef with son. It ain’t no problems.”

He commented on 6ix9ine’s multi-colored hair, but took a live-and-let-live attitude toward it, describing it as “entertainment” and saying that artists should express themselves however they want.

“Muthafuckas wanna paint their hair pink, fuck it. Paint your hair pink, my nigga. Do you,” he said.

Although Bobby was fairly brief while deading any talk of a feud with 6ix9ine, he had a lot to say when it concerned his advice to up-and-coming rappers.

“I hear about everything. I ain’t gonna lie,” Shmurda said. “Everybody keep me in tune and shit … I fuck with all the young boys that’s out there right now. All the music. I know what’s going on. I just wanted to tell niggas stay the fuck up outta jail. ‘Cause I be hearing about niggas getting locked up and shit like that. That shit ain’t cool … All that beef and all that dumb shit. Get money. Fuck all that. Nigga, don’t leave the hood to go back to jail.”

He also offered praise to Migos, sharing that he’s proud of the trio and later revealing that they’ve kept in touch since he’s been away.

“That’s my bros,” he said. “I talked to them niggas like three months ago. Quavo told me to stay my black ass off 23 lockdown … I’m proud of them niggas, man … They still pick up the phone to this day. Check in, all of that.”

Bobby has been in prison since before he copped a plea deal on conspiracy and weapons charges in 2016.