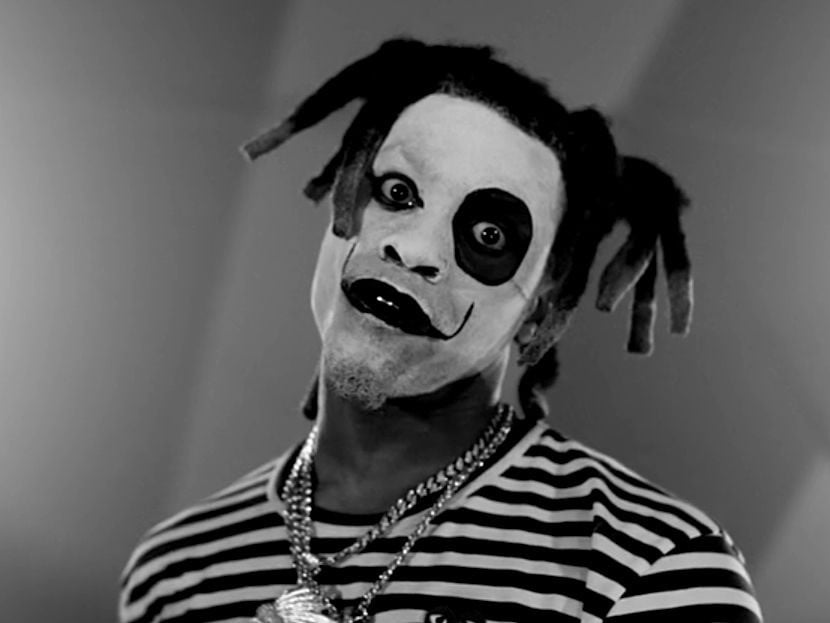 Denzel Curry‘s TA13OO album release has reached its conclusion. After sharing Acts I and II earlier this week, the skilled lyricist has dropped Act III to complete the project.

Check out Curry’s TA13OO stream, cover art and tracklist below.

Denzel Curry has delivered Act II of his new TA1300 album — Gray. Boasting a set of five tracks, the project features J.I.D and builds on the first four included on Act I, Light.

The second act comes with the previously released single “Clout Cobain,” which Curry released earlier this month alongside a trippy black-and-white video.

Part III — Dark — arrives on Friday (July 27) at midnight and puts a cap on the entire project.

Check out the Gray album stream and tracklist below. Keep scrolling for the cover art.

Denzel Curry has released Act I from his new album, TA13OO. Titled Light, the project features four tracks and guest spots from Twelve’len, GoldLink and Nyyjerya.

Light precedes Acts II and III — Gray and Dark — which will be released later this week.

Throughout the three sections of TA13OO, Curry explores topics including the presidential election, fame, hatred, paranoia, revenge, love, the current state of music and personal tales of his own near death experiences.

Gray is expected to arrive on Wednesday (July 26), while Dark is scheduled for a Thursday (July 27) release.

Until then, check out the Light album stream, cover art and tracklist below.

[This article has been updated. The original version was published on July 11, 2018 and can be found below.]

Denzel Curry hasn’t released an album since 2016’s Imperial but that’s all about to change.

The 13-track project will be released in three different “acts” beginning on July 25 and culminating on July 27. Features include J.I.D, GoldLink, Nyjeria, Zillakami and JPGMAFIA.

Curry teased a clip of the “Clout Cobain” video via Instagram early Wednesday. Directed by Zev Deans, it pits Curry in the middle of a demented “Clout Circus,” where drug addicts run rampant.

The concept, developed by Curry and Mark Maturah, intends to illustrate some of the issues artists struggle with. From being under constant pressure to entertain to having to follow trends to hold on to “clout,” he juxtaposes both the good and bad of “celebrity.” The end of the video comes with a shocking surprise.

On top of all of that, Curry has also announced his TA13OO World Tour, which kicks off in Brooklyn on August 26 and wrap up on December 18 in Dublin, Ireland.

Pre-orders for the new album are available now. Check out the TA13OO album art and tracklist below, video up top and tour dates here.