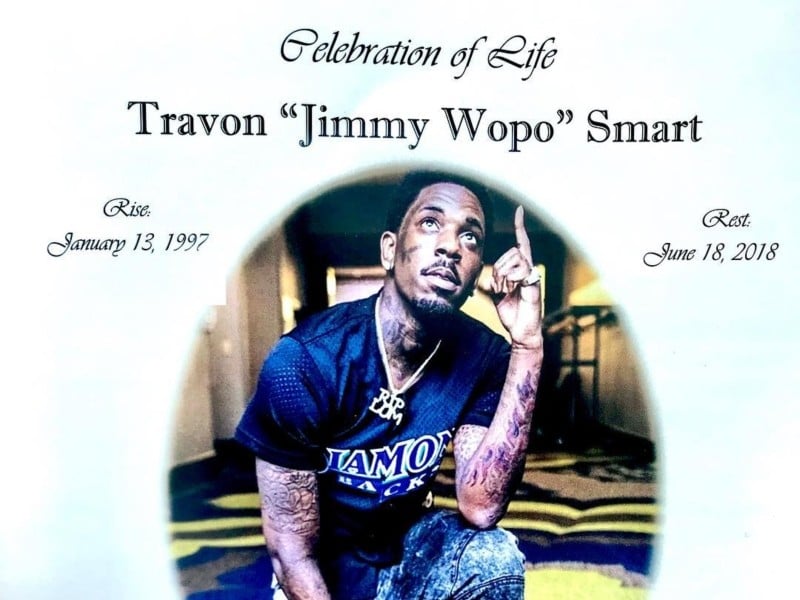 Days after Jimmy Wopo was laid to rest on June 29 in Pittsburgh, his camp put out the music video for a new song titled “Lane Life.”

The video features Wopo and one of his sons counting up cash in a studio, while he raps about the power he has in the streets and what he had to do to earn it. “Lane Life” is expected to be on the upcoming project Muney Lane Muzik 2, which will drop later this summer via Empire. The project is just some of the unreleased music that Wopo reportedly completed before his death, including “50 unreleased songs and two completed mixtapes.”

At his memorial service, several community members including family spoke highly of Wopo and his work for the people, according to the Pittsburgh Post-Gazette. His manager, Taylor Maglin, also promised the attendees, “I will do anything in my power to keep his name alive.”

Also in attendance were Taylor Gang President Will Dzombak and producer Sledgren. Wopo had just signed with Taylor Gang before his death.

Catch up on what other local residents of Pittsburgh had to say about Wopo in DX’s exclusive here.