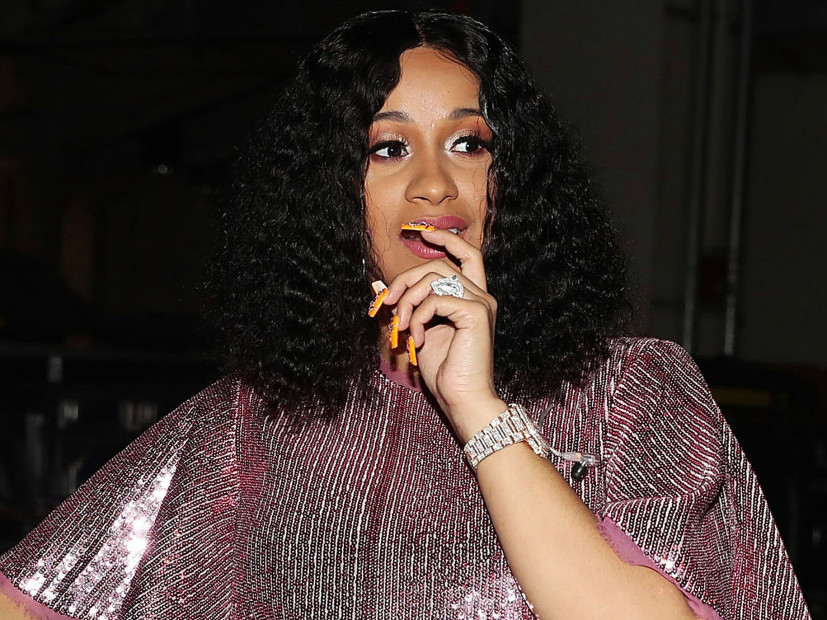 Burlington, VT – Whether rap fans adore or love to hate Cardi B, her undeniable meteoric rise is transcending music and getting close attention from cultural figures within and outside of the Hip Hop community.

Just days after nabbing the top spot on the Billboard 200 chart with her debut album Invasion Of Privacy, Bernie Sanders is backing the former reality TV star-turned-rap sensation for her political statement regarding U.S. Social Security pensions.

During a GQ interview published earlier this month, Cardi B expressed her admiration for political science and being “obsessed” with learning about U.S. presidents. She cited former president Franklin D. Roosevelt as a revolutionary for his New Deal financial reform plan to aid senior citizens over age 65, following The Great Depression in the 1930s. “He’s the real ‘Make America Great Again,’ because if it wasn’t for him, old people wouldn’t get old people wouldn’t even get Social Security,” she quipped in her presumed dig at Donald Trump’s 2016 presidential campaign slogan.

Earlier today (April 18), Sen. Sanders piggybacked off Cardi B’s sentiment by tweeting his support for her, and furthering his agenda for Social Security reform in government. He tweeted “Cardi B is right. If we are going to make America great again we need to strengthen Social Security so that seniors are able to retire with the dignity they deserve.”

Cardi B is right. If we are really going to make America great we need to strengthen Social Security so that seniors are able to retire with the dignity they deserve. https://t.co/B8cOkoOdLc

Sanders is renowned for his crusade against Donald Trump’s political initiatives. The leftist Vermont senator is no stranger to the Hip Hop community, not only supporting the community outreach of Run The Jewels’ Killer Mike but JAY-Z’s fight to stop the war on drugs as he declared in a 2016 New York Times interview.

Thanks to @iamcardib for calling attention to the importance of Social Security. pic.twitter.com/bJdt9Oxzzf