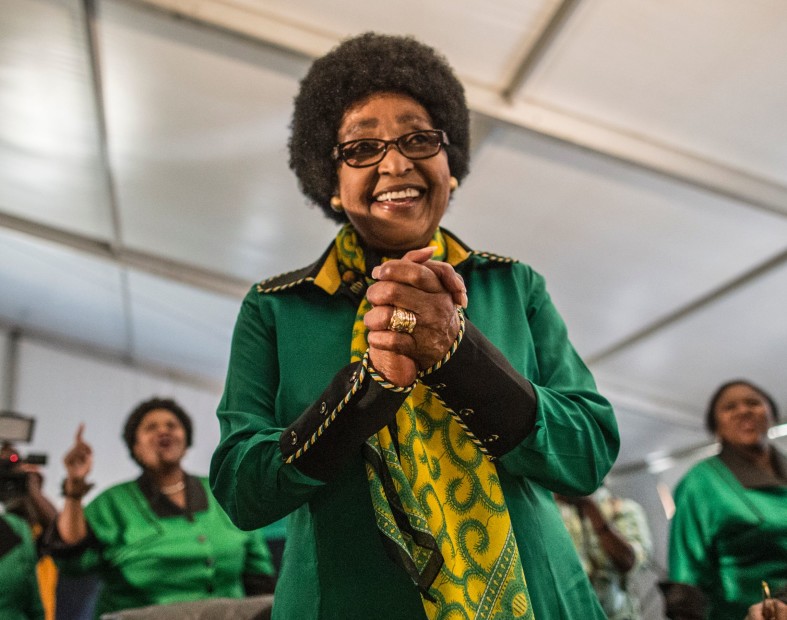 Johannesburg, South Africa – Winnie Mandela, South Africa’s former First Lady, passed away on Monday (April 2) as reported by the BBC. She was 81.

Family spokesman Victor Dlamini said she “succumbed peacefully in the early hours of Monday afternoon surrounded by her family and loved ones.” She reportedly died following a long illness.

The former wife of Nelson Mandela — South Africa’s first black president — was synonymous with the anti-apartheid movement for over three decades. Due to her staunch political beliefs, she was often kept under surveillance, tortured, thrown in solitary confinement for over a year and temporarily banished to a remote town. But she always remained steadfast in her convictions.

The couple wed in 1958 and had two daughters before Nelson was arrested in 1963. On February 11, 1990, she was photographed alongside her then-husband as he walked out of prison after serving 27 years. Upon his release, they were officially married for another six years before their divorce was finalized in 1996.

In 2016, South African President Jacob G. Zuma gave Mrs. Mandela one of the country’s highest honors —  the Order of Luthuli — for her contributions made in the fight for democracy.

Several members of the Hip Hop community took to social media to celebrate Mrs. Mandela’s achievements. Chuck D, Pharoahe Monch and Rapsody were among the many who expressed their condolences.

Rest in Power Winnie Mandela. Thank you for your years of sacrifice to see our people free pic.twitter.com/9fOCh12lPo

She lived for everyone, fought for lives and empowered along the way. ✊? RIP to a revolutionary, Winnie Mandela! ?? pic.twitter.com/aM0GfrdAO3

Sad to hear of the passing of Winnie Mandela, a true warrior and Queen. She visited and spoke at NAN’s House of Justice in 2000. May she rest in POWER! #RIPWinnieMandela pic.twitter.com/bNY1Yf7WNL

A woman who epitomized how the power of a woman's love, intelligence and vision can change a culture. RIP Winnie Mandela ❤ pic.twitter.com/axAeS7re3u

With heavy hearts we announce the passing of activist and government official, #WinnieMandela. Her work was monumental in the struggle against apartheid in South Africa and that will never be forgotten.

Sending love and light to the Mandela family. pic.twitter.com/qLyD3wgDk1

Rest In Peace #WinnieMandela ⁰Go with love. Go with God… your fight for human rights will continue. pic.twitter.com/7A7wdtf3oK