Nelson Mandela, a South African activist and an iconic leader of the anti-apartheid movement, passed away Thursday (December 5). He was 95.

President Barack Obama is among many dignitaries from around the world present to pay tribute to Mandela, according to CNN. President Obama joins British Prime Minister David Cameron, South African President Jacob Zuma and Liberian President Ellen Johnson-Sirleaf, among others, in attendance.

“Mandela sacrificed his life for the betterment of mankind,” West wrote in a Twitter post. “Thank you, Mandela, for your life’s work and may it serve as a guiding light to illuminate our future.”

“Advising all my young ones that follow me to research a small piece of Nelson Mandela Life,” Lamar wrote on Twitter. “That’s how you pay your respect.”

The memorial is being aired and streamed live through eNCA Live. The stream can be viewed below.

The program can be seen below, courtesy of Buzzfeed. 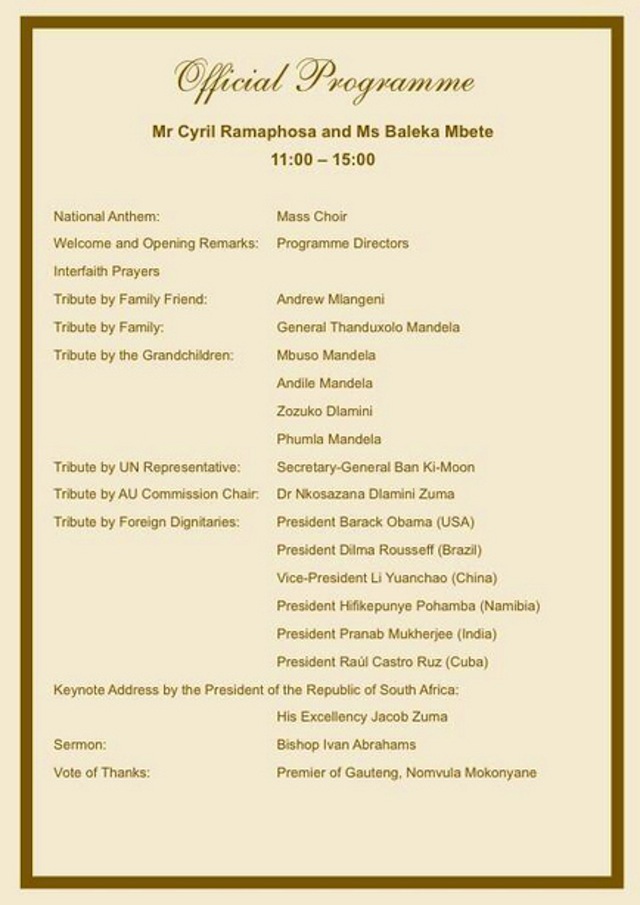