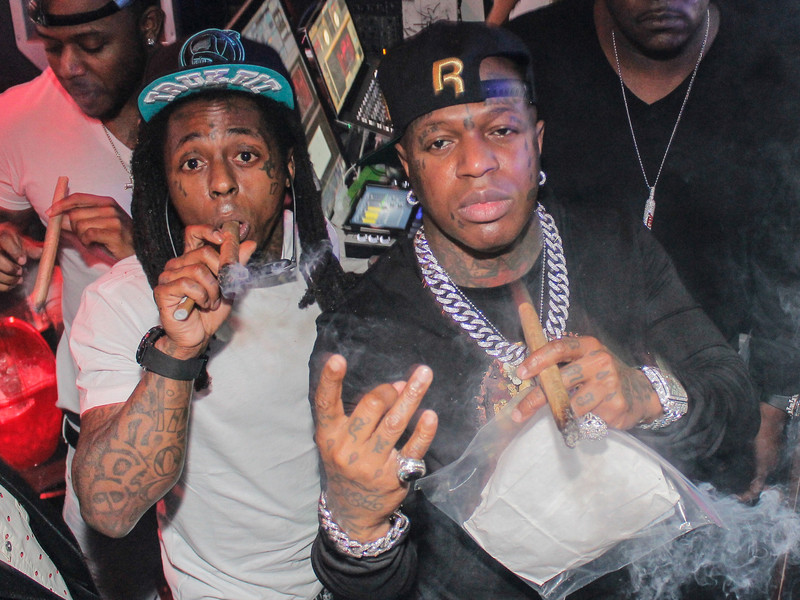 Miami, FL – The relationship between Lil Wayne and Birdman appears to be improving. A video of the two hugging at LIV nightclub in Miami on Sunday night (March 11) has surfaced online.

The minute-long clip shows Wayne and Birdman sharing a quick hug then chatting for a while. According to TMZ, the New Orleans Hip Hop heavyweights simply ran into each other during a night out at the club.

This isn’t the first time the LIV nightclub has played host to an apparent reunion between Weezy and the Cash Money Records co-founder. In January 2016, the two were seen performing together at the venue.

Wayne and Birdman haven’t been on good terms since 2014, which is the year the above photograph was taken. The two sides have been embroiled in a legal conflict since Weezy filed a lawsuit against Cash Money Records in 2015. A major sticking point in the dispute has been the status of Tha Carter V album, which Wayne has been unable to release.

Although Wayne has been very vocal about his displeasure with Birdman and Cash Money over the past few years, his label boss has maintained the broken relationship would be mended. In a February interview with Wendy Williams, he declared fans would see him and Wayne working together again “at some point in life.”