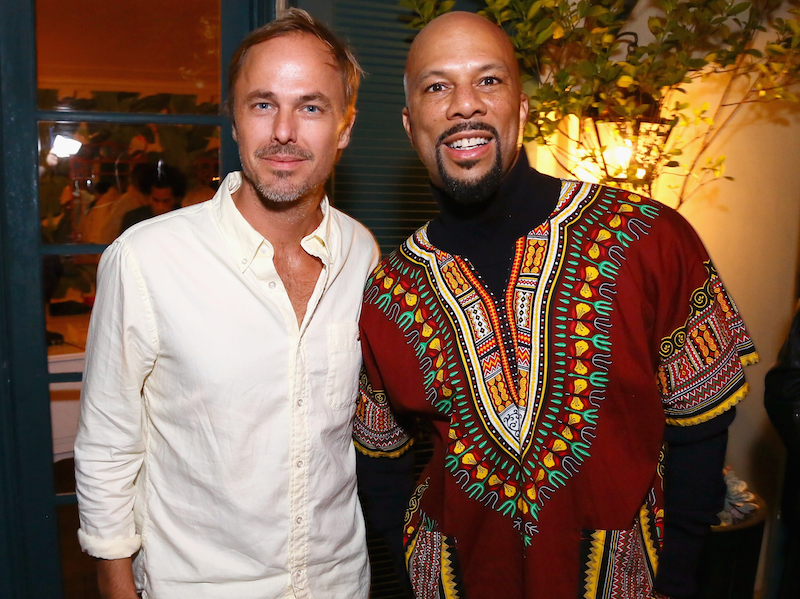 Hollywood Hills – “I’m asking my African brothers and sisters that reached North America, we need y’all in this plight stronger than ever,” the Academy/Grammy-Award winner unequivocally known as Common told an enthusiastic private audience nestled in a serene Hollywood Hills community at Elyx House late Thursday evening on March 8.

It was suitable commentary to close out an evening for an “African Getdown” where the Chicago rap legend asked all the righteous partygoers to come through wearing their best Motherland-inspired garbs and garments.

The celebration brought Comm Sense’s last few achievements — his Oscar-nominated performance of “Stand Up For Something,” supergroup August Greene’s album release and work on Showtime’s The Chi — full circle and allowed for the evening to truly kick off with a bang.

“We need you to contribute artistically, politically and policy ways; contribute your minds towards freeing the people over here too and we will work with you to make sure that each and every person on the continent can be free,” Common continued. Afterward, South African artists DJ Heavy-K, Anatii and DA L.E.S. illuminated the room with their tunes with top African TV personality Luthando “Loot Love” Shosha and Ayanda Thabeth also rocking the mic and presenting the talent.

With the success of Black Panther and rising Hip Hop talent from the region, African subculture is continually building bridges and breaking down barriers.

“What we want to do is bring contemporary African creativity to the world while also potentially creating collaborations between U.S. artists and producers with African artists,” Celebrity Services Africa event organizer Davin Phillips added. “We believe the time is right to open a cultural conversation between the two continents.”

Check out more photo highlights from Common’s “African Getdown” down below.