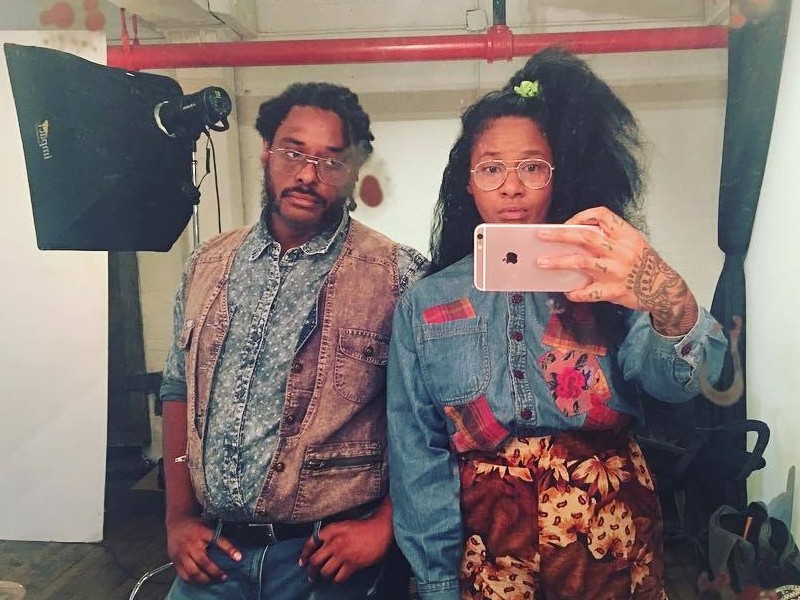 Quelle Chris and Jean Grae are soon-to-be husband and wife, but they’re already frequent collaborators when it comes music. After years of working together, the two have joined forces for a proper joint album titled Everything’s Fine.

Chris and Grae’s new project, which has been released by indie powerhouse Mello Music Group, includes 15 tracks with a bevy of contributions by comedic talent. Hannibal Buress, Nick Offerman, Michael Che and John Hodgeman are among the guests, along with rappers such as Your Old Droog and Denmark Vessey.

View the Everything’s Fine stream, cover art and tracklist below.

Jean Grae and Quelle Chris got engaged in December. Now, the couple is prepping for a collaborative album titled Everything’s Fine.

“We have a dickhead for a president, and before our eyes, racial, religious, and sexual identity rights are moving backwards,” Quelle Chris said in a press release. “Money is still a thing (I’m waiting for Star Trek life to start). There’s war, your kids may be sick, but if someone randomly asks ‘How’s it going?’ most people will say ‘Fine.’”

The upcoming LP features 15 tracks with guest appearances by Your Old Droog, Anna Wise, Denmark Vessey and a multitude of comedians. Acclaimed comic Hannibal Buress is featured on the duo’s lead single “OhSh,” which premiered on Tuesday (January 23) in conjunction with the album announcement.

“This album is full of our minds. Our hearts. Our love for production, and words. flow and a lot of musicality,” Grae added. “We don’t approach topics, issues, writing, or making beats in the same way. I’m harsh, blunt, quick, technical, I arrange classically and play more than I sample. I make joints with 80 tracks. I’m layers upon layers upon layers. Quelle is patient, he’s kinder. More loose and minimalistic. He makes sounds work together that shouldn’t fucking work. How? I have no idea. These are dreams within dreams.”

Grae and Chris’ new album is scheduled to drop on March 30 via Mello Music Group. Check out the cover art and tracklist for Everything’s Fine below.