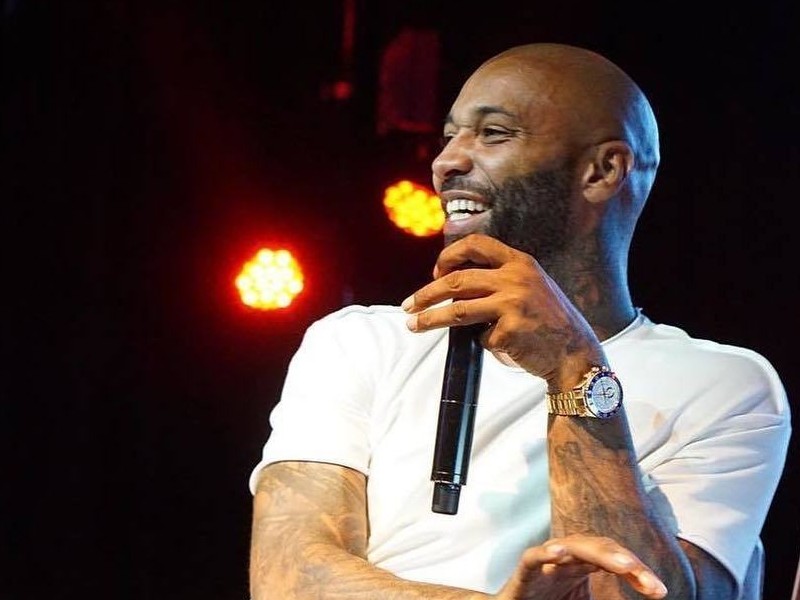 During Episode 142 of The Joe Budden Podcast, the Slaughterhouse member joked with co-hosts Mal and Rory Farrell about the rumor of them signing a $5-million deal to bring the show to Diddy’s company. Mal and Farrell shared anecdotes about all the people congratulating them on this nonexistent deal, noting how the power of social media led to fake news spreading like wildfire.

Budden wasn’t bothered by the rumor circulating but was in disbelief about the detail claiming it was for his podcast.

“See, I ain’t mind the rumor,” he said around the 1:50 mark of the episode. “The wild shit, they said for the podcast. Then it was like, ‘Aw damn. Damn, we done broke the bank!’ For a podcast? Five milli? Shit.”

Although the rumor has been debunked, it’s easy to see why people believed it. Budden linked up with Revolt for a year-in-review special on the heels of his Everyday Struggle exit. Diddy has also shown a desire to make popular podcasts part of his network, as seen when N.O.R.E. and DJ EFN’s Drink Champs joined Revolt’s lineup.

Budden’s next move is still unknown, but the internet can officially put talk of the $5-million podcast deal to rest. Perhaps these rumors have given Diddy an idea for Revolt’s next big signing though.