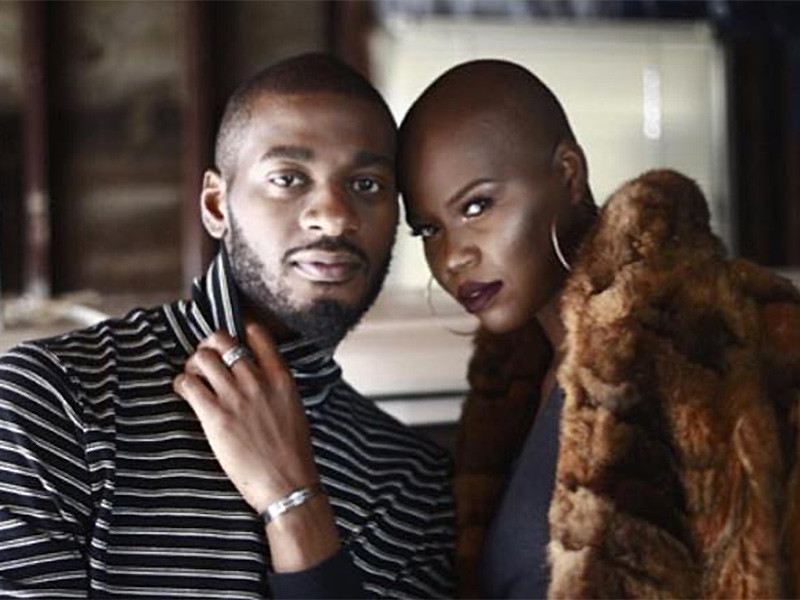 It’s December, which means it’s officially the holiday season (beginning of course with JAY-Z’s birthday on December 4). And if you’re tired of hearing the same 10 holiday songs on repeat on the radio and in stores, don’t worry because this year two prodigious voices came together to make a Christmas album that looks to actually reach the heart of the street.

The Bloom and Bozeman interview starts at 42:00. Check out the footage before for Quincey White talking about going bar-for-bar with Kendrick Lamar.

In an exclusive sitdown with DXLive, two-time Grammy award-winning soul singer Timothy Bloom and actress/songstress V. Bozeman spoke about how Christmas Time On The Black Hand Side came together and what it means.

“Me and Tim, we’ve been knowing each other for a long time. It started with the song that got a lot of attention [called] ‘Until The End Of Time,’” Bozeman told DXLive hosts Trent Clark, Jen Deleon and Jake Rohn. “We never did a followup so we thought a Christmas project would be good to service the fans and give another perspective on how we do Christmas as opposed to what you always see in the mainstream,” she added.

Bloom detailed how the scheduling conflicts that initially precluded a collab album eventually yielded to allow the Christmas project. “[V is] giving you right now the politically correct version. There’s this moment in time at CeeLo’s spot and [V] was like, ‘Let’s do something’ and I’m like ‘OK,’” remembered Bloom. “We were supposed to do a whole project and didn’t get the opportunity because of schedules and stuff like that, so she hit me up again like, ‘Tim! Let’s do this Christmas EP.’”

The project tries to bring a different perspective than the perfect fairytale portrayed in most mainstream Christmas movies and TV specials.

“Fayetteville, North Carolina where I’m from — that’s a totally different beast. Nobody sees Christmas. Everybody’s still on the corner,” noted Bloom. “These moments where ‘Maybe we should take a break, sit down together for a moment and come together as family,’ it’s not like that.”

Bozeman, who hails from Los Angeles, emphasized the importance of togetherness over materialism. “[Christmases] were rough. It wasn’t a storybook version but we celebrated in a certain capacity. We did it how we did it. People potlucked because one house doesn’t have the money to buy the whole meal,” she said. “We listened to good soul music, drank eggnog with Hennessy, we just fellowshipped it really wasn’t even about Christmas. We didn’t get everything it wasn’t full of gifts under the tree. It was ‘you might get two things. Make it good.’ We just enjoyed being together as a family.”

Christmas Time On The Black Hand Side is available now on all streaming platforms.

Check out the full interview above and tune in to #DXLive every Thursday at 10 a.m. PST.