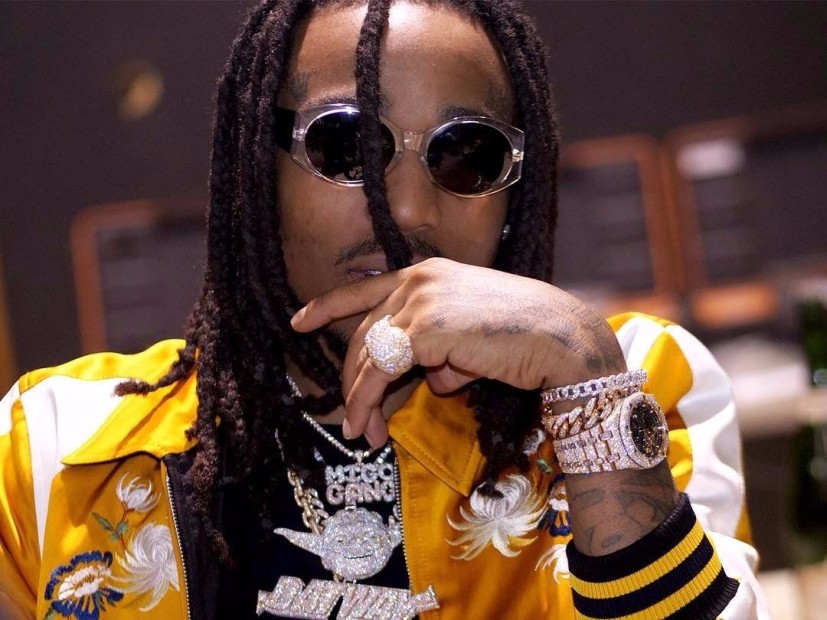 Atlanta, GA – Quavo was apparently in the studio with Childish Gambino (otherwise known as Donald Glover) this week. On Friday (December 1), the Migos rapper took to Instagram to post a photo of the two captured mid-session.

The Awaken, My Love! rapper has been vocal about his respect for Migos, calling the Atlanta trio the “Beatles of this generation” during his Golden Globes speech in January.

“I think they’re the Beatles of this generation, and they don’t get a lot of respect, I think, outside of like Atlanta,” he said, “There’s a generation, sort of like the YouTube generation that I kind of came up with, there’s a generation of kids that are growing up on something that is completely separate from a whole group of people.”

The following day, Migos confirmed that a collaboration with Gambino would happen, which they’d already discussed when Takeoff, Offset and Quavo appeared for a cameo on Gambino’s hit show Atlanta.

“When we did the episode I went ahead and told him, ‘We gotta get in the studio after this,'” Quavo said. “‘We gon’ start something. We gon’ keep building an empire with this. We might as well get in the studio.’ He was also with it.”

With this recent photo, it looks like the collaboration could be on its way.