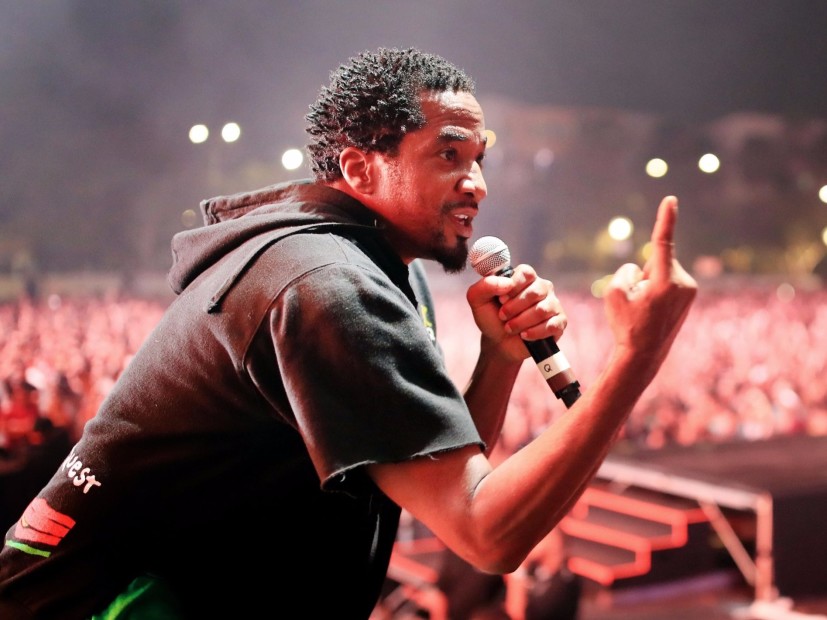 A Tribe Called Quest’s Q-Tip was visibly (and audibly) heated in a series of Instagram videos he posted on Tuesday (November 28).

After the Grammy Award nominations were revealed and ATCQ’s last (and final) album, We got it from Here … Thank You 4 Your service was noticeably snubbed, the Hip Hop legend went off on the Recording Academy’s oversight.

In the first video, Tip mentions that people are pointing out this is the first year in Grammy history that no white men were nominated in the Artist of the Year category, something he evidently thinks is irrelevant.

“Y’all think it’s some sort of caveat because this is the first time that no white man is ever nominated in no major categories and shit,” Tip says. “We were the most black cultured group out. That’s all we stood on. That’s what we represented. This fucking album that we just put out — this last Tribe album — it stands with everybody else’s shit that’s up there. I don’t give a fuck.

“Respect to everybody who’s nominated and all that, but whatever, I’m speaking for mine,” he continues. “Sick of y’all Grammy fucking niggas. Fuckin’ get us to get out there and fucking perform last year and close that shit, and y’all don’t get us no fucking nominations?”

In a second video, he called out the Recording Academy for historically snubbing legendary artists, including Bob Marley, Marvin Gaye, Jimi Hendrix and Led Zeppelin. At the same time, he gives a major shout-out to the “GOAT” LL Cool J, who is being honored at the Kennedy Center next month.

“You know what, come over to the Kennedy Center in December,” he added. “We’re going to honor the GOAT LL [Cool J] and shit, and give him his fucking nomination and award and shit. Come see what the fuck we’re doing over there. Fuck y’all Grammy niggas. Fuck y’all.”

We got it from Here … Thank You 4 Your service was released in November 2016 to critical acclaim (HipHopDX gave it a 4.4 out of 5 in our review).

During the recording of the album, Phife Dawg passed away due to complications stemming from diabetes. Along with Jarobi White, Ali Shaheed Muhammad and Consequence, Tip carried the ATCQ torch on an extensive tour, which culminated at Red Rocks Amphitheatre in Morrison, Colorado and marked the group’s final show in the United States.