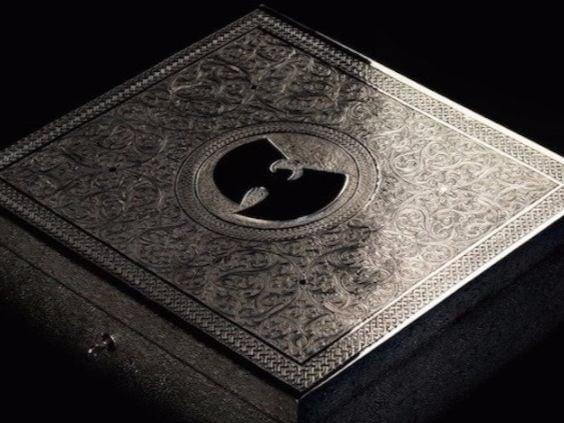 No Sale: Wu-Tang Clan's "Once Upon A Time In Shaolin" Still Belongs To Martin Shkreli

Wu-Tang Clan’s enigmatic album Once Upon A Time In Shaolin — owned by infamous “Pharma Bro” Martin Shkreli — went up for auction on eBay last month. The two top contenders, Matt “M-Eighty” Markoff and Colorado resident Darby Welch, were (at various times) both confident they’d walk away with the rare, coveted album. But as of now, no sale has been finalized.

Markoff, a longtime Wu-Tang associate, believes Shkreli’s recent arrest put a halt on negotiations. He also questions the integrity of the auction.

“I think the ‘sale’ or Martin offering the album for sale was laced with fraudulent trolling intent from the get go,” Markoff tells HipHopDX. “From the moment I saw the album listed on eBay, I contacted him directly, provided him with my offer sheet and requested financial documents. You’re going to tell me my $1 million in cash you requested wasn’t enough to get the job done?

“The album allegedly sold [to Welch] on eBay for $1,025,000 million so after eBay fees and PayPal fees, which clearly take away from his want for cash, only comes out to a final sale and take home of somewhere in the realm of $800,000 to $900,000. Martin getting locked up again probably didn’t help sway things in my favor.”

Markoff also wonders if the attorney handling the sale, Scott Vernick at Fox Rothchild Law Firm, didn’t have the physical product to complete the sale in the first place.

“My other theory is that maybe his attorneys aren’t in possession of the album either to complete the sale on Martin’s behalf,” he says.

After weeks of deliberations, Markoff finally bailed and decided not to pursue the album any further, something he addressed on Shade 45’s All Out Show. Instead, he shot off an email to Vernick calling his “bluff.”

“I stated publicly to his attorneys on several occasions and publicly on Shade 45 that if the sale wasn’t completed by September 29, then I was out,” he says. “Two things I don’t play with are money and business, and if both Martin and his attorneys have better things to do then send me the previous purchase docs to review, et cetera, then they obviously aren’t the type of people worth my time or money.

“After the last email I sent to the attorney on September 26 when I called their bluff regarding the sale, they never contacted me again,” he admits. “Also, after September 29 came and went, Darby [Welch] contacted me and said the attorneys reached out to him to ask if he would still be interested in completing the sale in January upon Martin’s ‘hopeful release’ [from jail]. I told Darby he could go ahead and keep playing into the bullshit with Martin and company, but I’m good.”

He adds, “RZA isn’t going to buy back the album either. Why would he? He’s the fucking Abbot of the Wu-Tang Clan, he can work with whomever he wants and make a new ‘Wu-Tang’ product every day of the week if he wanted to.”

Although Markoff confessed he still wants to own Once Upon A Time In Shaolin, the relationship he’s established with the legendary Hip Hop collective over the past 15 years gives him a unique consolation prize.

“Perhaps I’ll just spend one-tenth of a million and make my own Wu-Tang album, and call it Wu-Tang Meets the Indie Culture … oh wait, I did that in 2005,” he says with a laugh. “I’ve assisted in the creation of a dozen other Wu-Tang releases for the likes of GZA, Masta Killa, Killah Priest, Mathematics, Timbo King, Bronze Nazareth, 60 Second Assassin, Almighty, The Wisemen and countless others.

“Fuck Shkreli,” he adds. “He can save the games for someone else. I’m not that guy.”

At the moment, there’s a chance Welch could finalize his purchase or another interested party could wind up buying Once Upon A Time In Shaolin in January 2018.

Welch spoke to HipHopDX last month and refused to name the investor allegedly putting up the money for the eBay sale. He also confirmed the eBay sale likely wouldn’t hold up.

He continued, “I had talked to someone from eBay as well and they said the bid might be canceled that I placed. Because the attorney from Martin’s side suggested they would rather go the route of an off eBay contract for it.”

By the sound of it, Welch has no plans on giving up — at least that’s what he said a few weeks ago.

“I think it’s a one-of-a-kind album,” he said. “I think it has a lot of cultural implications especially with who we have in office as president and it’s absolutely worth the litigation and hassle.”