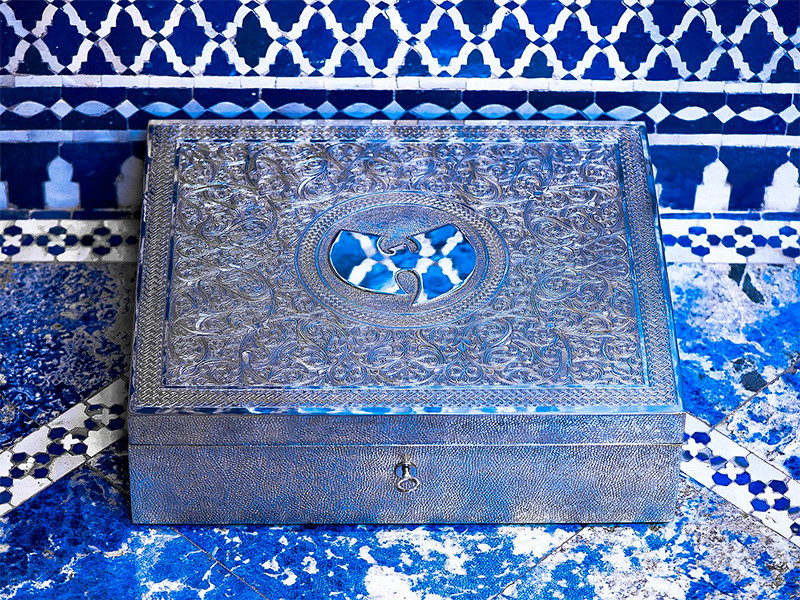 Is “Once Upon A Time In Shaolin” An Official Wu-Tang Clan Album?

In a newly published investigative piece by Bloomberg, the publication spoke with a number of those closest to the famed rap group, with all of them suggesting that the 31-track, double CD that was sold to Martin Shkreli – the infamous and widely ostracized former pharmaceutical executive – for $2 million in 2015, is not in fact an official Wu-Tang Clan album.

Bloomberg’s piece begins with a comment from Killa Sin, the Wu-Tang Clan affiliate and member of the Staten Island-based Hip Hop group Killarmy who is currently serving a 16-years-to-life sentence at Sing Sing Correctional Facility in Ossining, New York. The rapper, who throughout his career has appeared on a number of records with Method Man, RZA, Ghostface Killah and more, recalled recording a string of verses for Cilvaringz (the producer behind the album) a few years ago, before his arrest and subsequent incarceration.

“The way he presented it, was it was going to be basically his album, and he wanted me to do some work for him,” Killa Sin told Bloomberg of his recording session with Cilvaringz, seemingly not knowing that his work was intended for the now-famous Wu-Tang Clan album.

It isn’t only Killa Sin who has suspicions surrounding the cagey nature of the project, either.

“It’s not an authorized Wu-Tang Clan album. It never was,” insists Domingo Neris, the manager of U-God, a founding member of the group.

The manager of Method Man, James Ellis, said: “When we did the verses, it was for a Cilvaringz album. How it became a Wu-Tang album from there? We have no knowledge of that.”

Shyheim Franklin, another Wu-Tang Clan affiliate who has previously performed live with the likes of Tupac Shakur and The Notorious B.I.G., also shared a similar account. He remembers recording with Cilvaringz around five years ago in Staten Island.

“He did mention it being a project he was trying to produce with everyone on it,” Shyheim, who is currently serving 14 years behind bars for second-degree manslaughter, told Bloomberg. “There wasn’t the assumption that it would be a Wu-Tang album.”

While he declined to comment on the aforementioned claims, Cilvaringz did release the following statement to Bloomberg.

“The album and its concept were an evolutionary process that spanned six years, too complex to explain in a soundbite. All participating Wu-Tang artists were paid in advance while RZA and I bore the financial risk of the project.”

The project’s current owner, Martin Shkreli, also declined to comment explicitly on the claims, instead replying via email with a simple “hahahahahahahahahahahaha,” before lambasting Bloomberg LP as an “overpriced, legacy software system that subsidizes a money-losing media company.”

It is worth noting that while Shkreli, at the time of publishing, is the current owner of the album, but that is likely to change when his eBay listing of the LP ends later tonight (September 15). The current bid stands in excess of $1 million.

The claims also differ to what RZA and Cilvaringz said when they were auctioning the album in March 2015: “The album was recorded in secret with the members not knowing the exact outcome,” RZA said at the time, according to Bloomberg. “But when we announced it to them that this was the plan, everybody agreed that this was a very unique idea.”

Domingo Neris, the manager of U-God, later put forward his own account of what he believes happened. He says that, over a number of years, Cilvaringz collected numerous verses from Wu-Tang members, and later pieced them all together to make Once Upon a Time in Shaolin.

“We’re very detailed about the quality and how we put our best foot forward,” Neris said. “We would never have authorized anyone to put together a project and call it a Wu-Tang Clan record without us ever looking at it, hearing it, or being in the same room together. That’s just the way these guys work.”

U-God claims that he hasn’t yet been compensated for his contributions to the album. As a result, the rapper sued Wu-Tang Productions Inc. and RZA last year. His manager says that the case is still pending.